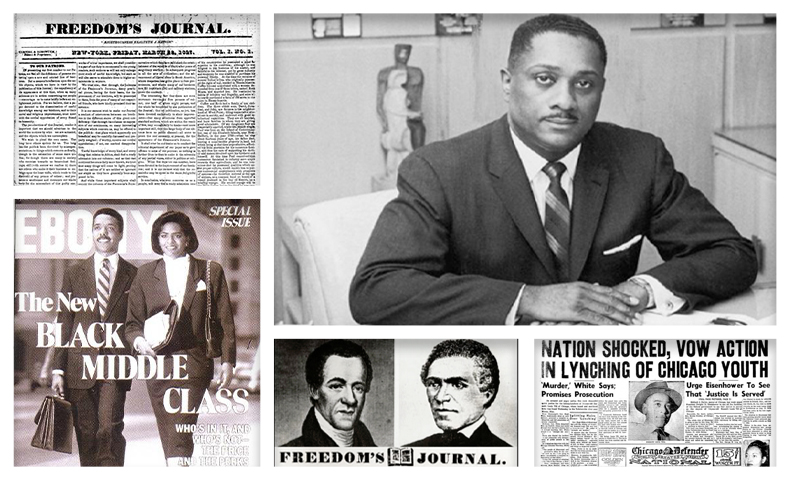 Black voices and labor have helped shape every industry throughout history, including paper and print. Today, we commemorate the anniversary of America’s first Black newspaper, Freedom’s Journal. This and other Black-owned media organizations have played a crucial role in preserving our history and developing our culture.

Launched March 16, 1827, Freedom’s Journal was the first Black-owned newspaper published by, for and about Black Americans. Established in New York by the Rev. John Wilk and Peter Williams, Jr., the weekly paper began the same year the state abolished slavery. Samuel E. Cornish and John B. Russwurm, both Free Blacks, joined the effort as editors.

The paper offered articles aimed at combatting anti-abolitionist propaganda and anti-Black sentiment. It also covered other important topics of the day and served as a place where Black people could share their opinions and advocate for causes that were important to them.

In a short time, Freedom’s Journal gained readers in several states, as well as Canada, Haiti and parts of Europe. Though it ceased publication after just a couple of years, the paper gave a voice to Black Americans at a crucial time in history and inspired others to establish more than 40 Black newspapers prior to the Civil War.

In addition to promoting Black sentiment and the abolition of slavery, Black-owned media outlets published news about the Black community locally and around the world. They also offered a platform for editorial opinions, event coverage and Black obituaries, which were mostly unwelcome in white-owned publications.

Two such papers — Afro, publishing continuously since 1892, and The Chicago Defender, publishing since 1905 — are among many Black-owned media organizations that played a role in inspiring the Black political activism and actions that led to the Civil Rights Movement and beyond. Other publications, such as The Colored American, are credited with helping to start the Harlem Renaissance.

From Newspapers to Magazines and Beyond

Early Black-owned media organizations laid the foundation for publications that covered the rise of the civil rights movement in the 20th century.

In 1942, John Harold Johnson founded the first Black-owned and operated publishing house. Johnson, a Chicago native and the grandson of slaves, started his business using a loan secured with his mother’s furniture.

Johnson Publishing Company’s most famous titles, Ebony and Jet, have chronicled Black American culture, fashion, music and more for decades. Today, the magazines highlight successful African Americans who are often overlooked by other national media outlets and recognizes their influence and achievements in all areas of American culture.

These groundbreaking magazines also have a long history of covering news and current events. In 1955, for example, Jet published a photograph of Emmett Till, a 14-year-old boy from Chicago, after he was kidnapped, tortured and killed in Mississippi. That graphic image, and the decision by his mother to have it published, brought new energy to the civil rights movement.

For his influence in Black-owned media, Johnson was awarded the Presidential Medal of Freedom in 1996. He ran the company until his death in 2005. Ebony Media Corporation, now owned by Junior Bridgeman, continues his legacy, with Ebony Magazine relaunching this month as an online news and culture website.

Print is one way we learn the stories of our past, understand our present and imagine our future. Here are more examples of the power of print:

Outside Voice: Mike Wallace, the Evolution of Sustainability Reporting