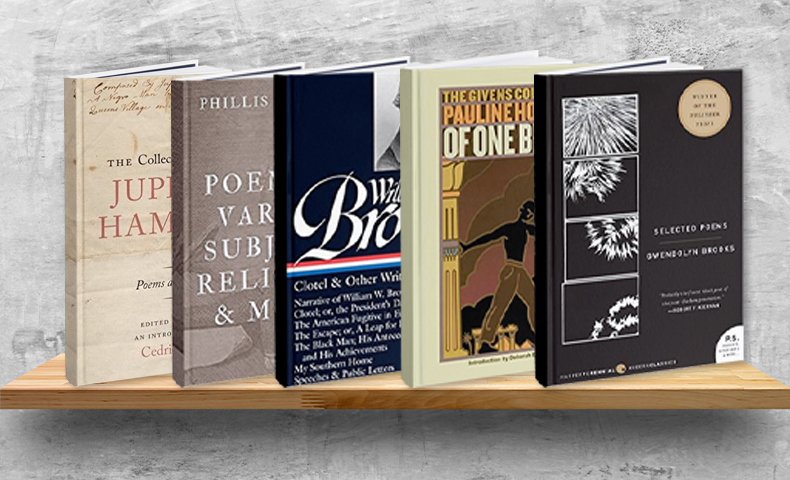 American literature is rich with works by Black writers, including 20th century greats Maya Angelou, W.E.B. Du Bois, Zora Neale Hurston and Alex Haley, among many others. But did you know that Black pioneers of American literature began publishing nearly 200 years earlier?

Learn about five Black writers who helped pave the way for hundreds of other great writers to make their voices — and that of the Black experience in America — heard.

Born into slavery in New York, Jupiter Hammon had the unusual privilege of being educated along with the estate owner’s children and, later, working with the owner in his business ventures. Hammon began writing poetry and essays, and in 1760, he became the first Black American to have his work published. He was highly influential in the early Black American community, serving as a preacher and a writer during and after the American Revolution.

You can find out more about Hammon’s life and his work, which is still in print today.

Born in West Africa, Phyllis Wheatley was sold into slavery at the age of 7 and transported to Boston, where in August 1761 she was bought by the Wheatley family. The Wheatleys soon realized that Phyllis was incredibly intelligent, and they taught her to read and write. Eventually, the young girl became well versed in the Bible, astronomy, geography, history, British literature and the Greek and Latin classics.

A prominent abolitionist and author, Willam Wells Brown, was born into slavery in Kentucky and escaped to freedom in 1834. By 1843, this Black pioneer was heavily involved in the anti-slavery movement alongside Frederick Douglass and Charles Lenox Remond. Passionate and well-spoken, Brown began to give speeches and write, both in the United States and in Britain.

In 1853, his book “Clotel, Or the President’s Daughter: A Narrative of Slave Life in the United States,” was the first novel ever published by a Black American, and in 1858, his play “The Escape: or, A Leap to Freedom,” was the first play ever published by a Black American playwright (although it was not the first play to be written — that honor belongs to James Brown, who wrote “King Shotaway” in 1823).

A prolific writer and a pioneer in Black genre fiction, Pauline Hopkins is also considered the first Black American author to publish a mystery story (“Talma Gordon”) in 1900 and, in 1902, the first to publish a lost world novel (which is a subgenre of science fiction), entitled “Of One Blood: Or, The Hidden Self.”

In 1874, at the age of 15, this Black pioneer won first prize in a writing contest held by William Wells Brown. She went on to write a play, several short stories and four novels. She also served as editor of The Colored American Magazine, one of the first literary magazines targeted at a largely Black audience, from 1900-1904. Her work helped lay the foundation for the Harlem Renaissance and later writers such as Zora Neale Hurston and Langston Hughes.

Gwendolyn Brooks is one of the great poets and Black pioneers of the 20th century, first publishing at the age of 13 and, by 17, a regular contributor to the Chicago Defender, a Black newspaper. Over time, Brooks refined her style and focused her work on the urban Black experience, with her first collection of poetry, “A Street in Bronzeville,” being published in 1945.

As a Black pioneer in literature, Brooks garnered national attention in 1949 when she published “Annie Allen,” a collection of poems that follow the experiences of a Black girl as she grows into adulthood. The collection won a Pulitzer Prize in 1950, the first ever awarded to a Black American author.

Add Gwendolyn Brooks’ works, as well as works by these other Black pioneers of American literature, to your reading list this year.

Our pulp and paper mills, including our Hawesville Mill in Kentucky, have been using wood fiber, water and basic chemistry to make useful, recyclable products for more than a century. As technology has advanced, our processes have become more efficient and more sustainable.