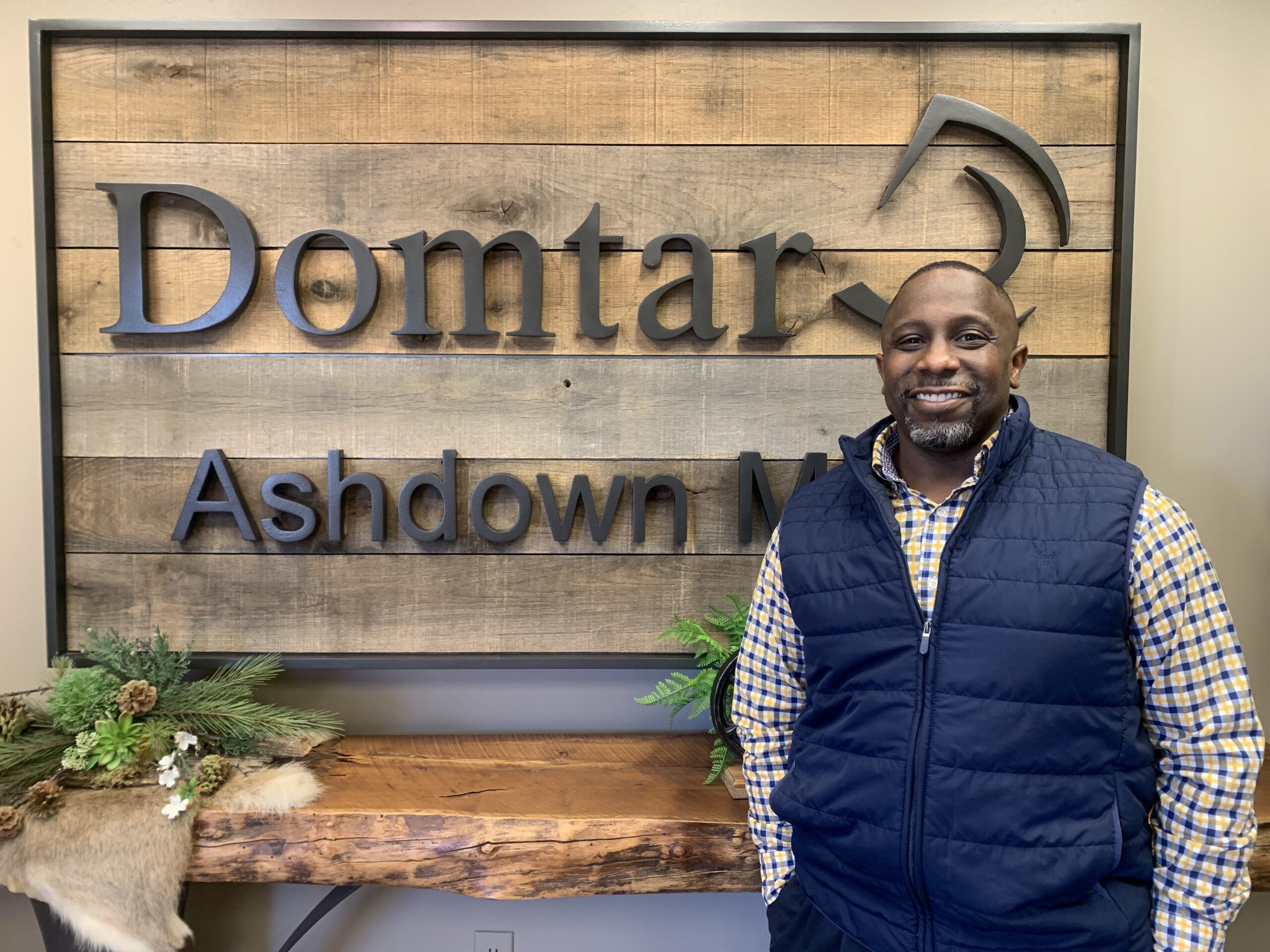 When Trevelyan Hodge started working at Domtar’s mill in Ashdown, Arkansas, in 1996, he didn’t intend to stay long. His career path was still unclear when he started working on a paper machine as an hourly employee while attending college classes.

But his passion for learning led him forward.

“I like being challenged,” he says. “Any time I could, I trained for the next level. I wanted to be able to do that next role before I got there.”

Rewarding Work with Room to Grow

Hodge’s appetite for learning led him to new opportunities with the support of mill leaders.

On the production line, he gained the skills needed to operate a complex paper machine, including how to improve runnability and address quality concern. He became a trusted colleague through his willingness to help solve problems even outside his areas of responsibility.

Several years ago, Hodge approached Troy Wilson, who now manages Domtar’s Kingsport Mill and asked to do more. At the time, Wilson was the superintendent of Ashdown’s A63 paper machine.

“Trevelyan had good technical know-how, which is important for a shift supervisor,” Wilson says. “But what stood out for me was his ability to get along with absolutely everyone. He’s a natural leader who loves to help people reach their goals.”

To qualify as shift supervisor, Hodge first served as health and safety coordinator for several months — another learning opportunity on his career path. Hodge then worked as a shift relief supervisor, and finally led his own shift.

Continuing his career path, after two years as a supervisor, he took positions related to process improvement, quality and continuous improvement.

Additionally, he helped decommission the A64 paper machine and train employees for the mill’s new fluff pulp machine in 2016.

As a training coordinator, Hodge worked closely with the human resources team and offered valuable knowledge of how work is done in production. That eventually led to his position today.

“In HR, I would have the chance to interact with the whole population in the mill,” he says. “Having held so many different roles myself, I can relate to almost everyone.”

Hodge said that his career path at Domtar has given him more than he could have imagined, professionally and personally.

He appreciated his supervisors’ flexibility and understanding years ago, when he was a single father with young children, and the company’s support as he has pursued further education.

“Working at Domtar allowed me to provide my kids with opportunities they would not have had otherwise,” Hodge says. “and everything I have learned has made me a better father.”

Hodge’s advice for someone looking to grow in their career is to remember they are not alone: “Believe in yourself and work hard. But you must make your ambitions known so that others can help you succeed.”

Learn about others who have found a career path at Domtar:

“Working at Domtar allowed me to provide my kids with opportunities they would not have had otherwise, and everything I have learned has made me a better father.”

Statement on Domtar’s Response to COVID-19