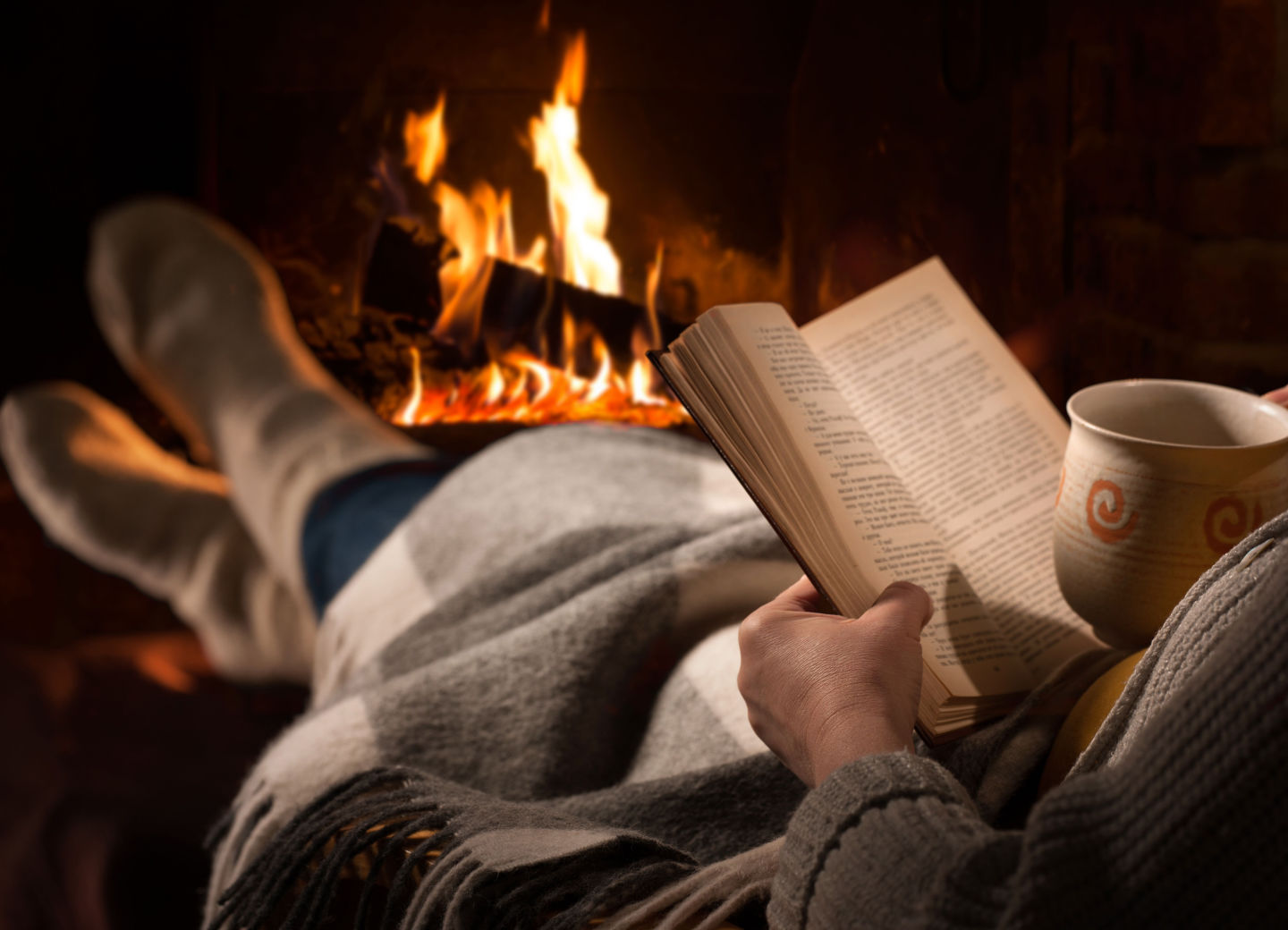 Grab a blanket, put on some fluffy socks, make some herbal tea, and light some candles. Frigid temperatures, gloomy skies and early sunsets signify that it’s cozy season. And cozy season calls for cozy books like the ones on our winter reading list.

Cozy books are comforting, witty reads that may have kitschy covers that hint at lighthearted or endearing fare. Serious readers who need a break from heavier tomes and genres should review our winter reading list and chose one of these nine cozy books that cleanse the palate and warm the soul from the inside out.

One Day in December by Josie Silver

Follow Laurie, Sarah and Jack as their stories weave together over the course of 10 years. The novel promises charm, love and a few life lessons.

This three-book series starts with Mimi Lee Gets a Clue, in which pet groomer Mimi Lee and her talking cat, Marshmallow, team up to confront a local chihuahua breeder. The confrontation occurs before the breeder is found dead — and Mimi is the main suspect. A “dreamy lawyer neighbor” joins the investigation at Mimi’s request.

The first book in the series, Still Life, takes place beginning Thanksgiving weekend, as Inspector Gamache and his team are alerted to a suspicious death that has taken place in Three Pines, a rural village located outside of Montreal.

The Three Pines books have been adapted into a series by Amazon Prime Video.

What’s a winter reading list without a long series of books that have delighted readers for nearly decades?

Sir Terry Pratchett, a British sci-fi author, has written 41 novels in the Discworld series, which is set in a flat, circular world balanced on the back of four elephants who stand on the back of a giant turtle. The books are meant to be read in any order, and are known for their humor, parody and parallels with the human experience throughout history.

Under the Whispering Door by TJ Klune

“A Man Called Ove meets The Good Place in Under the Whispering Door.” (Amazon)

A reaper comes to collect the main character, Wallace, who is not quite ready to leave this world. Wallace is then given one week to live and find joy before crossing over.

According to Booklist, “Klune’s latest is a sweet tale of grief and second chances and a ghost story about not giving up on even the most lost of souls.”

The Love Hypothesis by Ali Hazelwood

The Love Hypothesis is a feel-good romantic comedy featuring Olive Smith, a Ph.D. candidate, and Adam Carlsen, a young professor who is hard on his students. The story includes a fake relationship designed by the protagonist — and real love.

A Psalm for the Wild-Built by Becky Chambers

This Hugo Award-winning novel asks a poignant question: “In a world where people have what they want, does having more matter?”

On Panga, after robots became self-aware and stopped working, they wandered into the wilderness and were never heard from again, until one arrives on the doorstep of a tea monk centuries later to check in. The robot can’t return to the wilderness until one very challenging question is answered: “What do people need?”

A Psalm for the Wild-Built is the first book in Chambers’ new Monk and Robot series.

The City Baker’s Guide to Country Living by Louise Miller

Hallmark movie fans, we added this book to our cozy winter reading list just for you.

Olivia (Livvy), a big-city baker from Boston, escapes to a small town in Vermont with her best friend Hannah after her workplace burns in a kitchen fire. She’s offered a job at a small inn while visiting and accepts the offer and moves onto the property full-time. The book has small town charm a la Gilmore Girls — and a small-town guy who returns home to care for his father.

If you liked this winter reading list, check out more book recommendations from Domtar on our Newsroom.

All descriptions of these books were adapted from Amazon.com.

Using Every Part of the Tree is a Responsible Forestry Practice