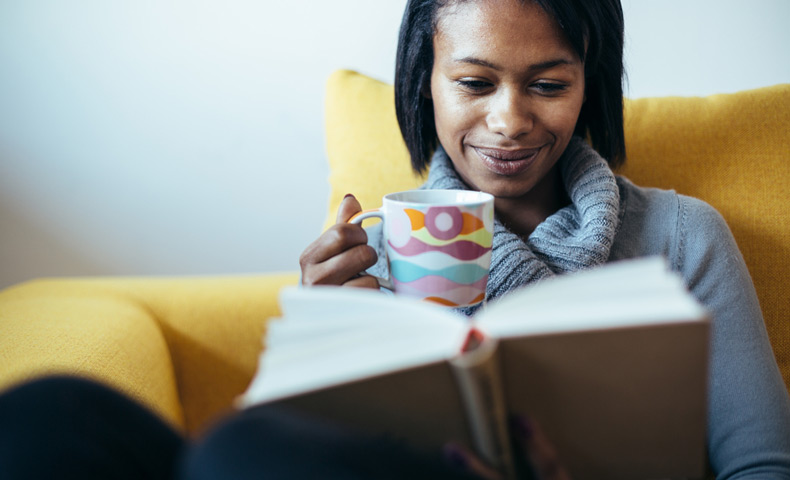 Fall is the perfect time to cuddle up with a warm blanket and a good book. Evenings on the porch or by the fire can be made even better when you have a book in your hand — and a stack of fall reading nearby.

Check out these titles, which you should add to your fall reading list; all of them are printed on Domtar publishing paper.

The Girl With the Lower Back Tattoo

The Emmy-winning comedian, actress, writer and star of “Inside Amy Schumer” and the acclaimed film “Trainwreck” has taken the entertainment world by storm with her winning brand of smart, satirical humor. In the refreshingly candid collection of essays, “The Girl with the Lower Back Tattoo,” Schumer shares the experiences that have shaped who she is: a woman with the courage to bare her soul and stand up for what she believes in while making us laugh.

Bruce Springsteen brings to these pages the same honesty, humor and originality found in his songs. “Born to Run” will be a revelation to anyone who has ever enjoyed Springsteen’s music, but it’s more than a memoir. It’s a book for workers and dreamers, parents and children, lovers and loners, artists and freaks — anyone who’s ever wanted to be baptized in the holy river of rock ‘n’ roll.

Nikki and her friends Brandon, Chloe and Zoey are up for another adventure in the 11th book in the New York Times’ best-selling “Dork Diaries” series, which chronicles the daily drama of Nikki Maxwell’s life in and out of school through doodles, drawings and comics presented in diary form.

After her 2008 presidential run, Hillary Rodham Clinton expected to return to the United States Senate. To her surprise, newly elected President Barack Obama asked her to serve in his administration as Secretary of State. The Los Angeles Times called “Hard Choices” “a richly detailed and compelling chronicle of Clinton’s role in the foreign initiatives and crises that defined the first term of the Obama administration. It teems with small, entertaining details about her interactions with foreign leaders.”

Constructed like a thriller, this oral biography takes you into reclusive author J.D. Salinger’s private world for the first time, through the voices of those closest to him: his World War II brothers-in-arms; his family; his friends; his lovers; his classmates; his editors; his colleagues at the New Yorker; his spiritual advisors; and the people with whom he had relationships that were secret even to his own family. Their intimate recollections are supported by more than 175 photos (many of which have never been seen before), diaries, legal records and private documents, which are woven throughout the text. In addition, the book includes Salinger’s lost letters, which reveal his views on love, literature, fame, religion, war and death, and provide a raw and revelatory self-portrait.

The Invisible Bridge: The Fall of Nixon and the Rise of Reagan

In January 1973, Richard Nixon announced the end of the Vietnam War and prepared for a triumphant second term. Then the Watergate hearings revealed his White House as little more than a mafia den. Upon Nixon’s resignation, Gerald Ford declared our long national nightmare over. But then congressional investigators exposed the CIA’s covert assassination of foreign leaders. And as Americans began thinking about their nation in a new way — as one more nation among nations, no more providential than any other — the pundits declared that successful politicians, from now on, would be the ones who honored this chastened new national mood. But Ronald Reagan never got the message. Which was why, when he announced his intention to challenge President Ford for the 1976 Republican nomination, those same pundits dismissed him. Until, it started to look like he just might win.

by Mike Tyson and Larry Sloman

Philosopher, Broadway headliner, fighter, felon — Mike Tyson has defied stereotypes, expectations and a lot of conventional wisdom during his three decades in the public eye. Bullied as a boy in the toughest, poorest neighborhood in Brooklyn, Tyson grew up to become one of the most ferocious boxers of all time and the youngest heavyweight champion ever. But his brilliance in the ring was often compromised by reckless behavior. Yet even after hitting rock bottom, the man who once admitted being addicted to everything fought his way back, achieving success as an actor and happiness and stability as a father and husband. Brutal, honest, raw and often hilarious, “Undisputed Truth” is the singular journey of an inspiring American original.

A Step of Faith

After the death of his wife, the loss of his advertising business to his once-trusted partner and the bankruptcy that forced him from his home, Alan Christoffersen is a broken man. Leaving everything he knows, he sets out on an extraordinary cross-country journey with only a backpack, determined to walk from Seattle to Key West — the end of the map. Along the way, Alan begins to heal, meeting people who teach him lessons about love, sacrifice and forgiveness. But in St. Louis, Alan faces another life-changing crisis, which puts his journey in jeopardy.

Theo Decker, a 13-year-old New Yorker, is taken in by the family of a wealthy friend after he miraculously survives an accident that kills his mother and is abandoned by his father. Bewildered by his strange new home on Park Avenue, disturbed by schoolmates who don’t know how to talk to him and tormented by the loss of his family, Theo clings to the one thing that reminds him of his mother: a small, mysteriously captivating painting that ultimately draws Theo into the underworld of art. As an adult, Theo moves silkily between the drawing rooms of the rich and the dusty labyrinth of an antiques store where he works. He is alienated and in love — and at the center of a narrowing, ever more dangerous circle. Winner of the 2014 Pulitzer Prize for fiction.

We Are Not Ourselves

Born in 1941, Eileen Tumulty is raised by her Irish immigrant parents in Woodside, Queens, in an apartment where the mood swings between heartbreak and hilarity, depending on how much alcohol has been consumed. From an early age, Eileen has wished that she lived somewhere else. She sets her sights on upper class Bronxville, New York, and an American dream is born. Driven by her desire, Eileen places her stock and love in Ed Leary, a handsome young scientist, and begins a family with him. Over the years, Eileen encourages her husband to want more: a better job, better friends, a better house. It slowly becomes clear that his growing reluctance is part of a deeper, more incomprehensible psychological shift. An inescapable darkness enters their lives, and Eileen, Ed and their son, Connell, try desperately to hold together a semblance of the reality they have known and preserve, against long odds, an idea of the future they have cherished.

Water Conservation at Domtar: Our Process From River to Mill

From Seedlings to a Trillion Trees, We Support Carbon Sequestration Efforts