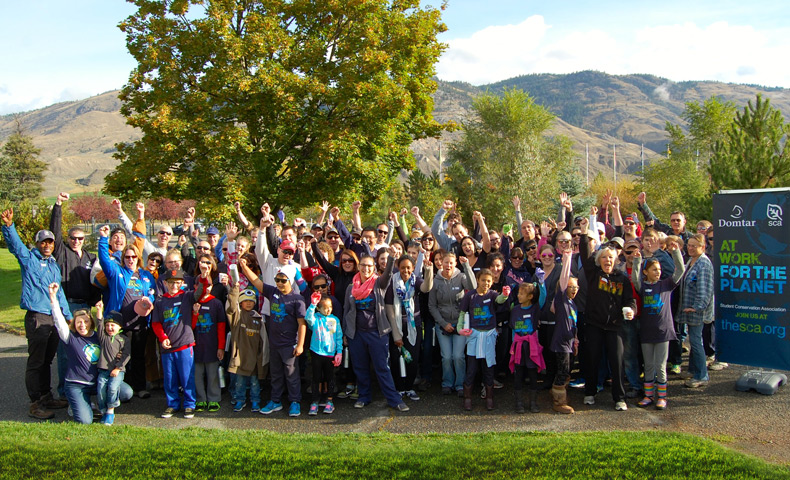 Kamloops Mill manager Jean-Claude Allaire congratulated the Domtar employees and family members on their commitment to the community and noted that they represented the largest group of volunteers at any joint Domtar-SCA event.

“Some of us grew up in Kamloops and some of us are new here,” Allaire said, “but it is wonderful to see such great numbers coming together to serve the community where we live and work.”

The British Columbia Wildlife Park was grateful for the help.

“We work with more than 70 threatened or endangered species native to the interior of British Columbia, including grizzly bears, arctic wolves, bald eagles and burrowing owls,” said Scott Simpson, facilities supervisor at the Kamloops wildlife park. “Many of these animals have been injured or orphaned and are getting a second chance here. But we’re a big park, and it can be tough to keep up with everything that needs to be done. This is more volunteers than we’ve had in two years, and we’re so thankful — the park has never looked better!”

Our work with the Student Conservation Association goes beyond our work at the British Columbia Wildlife Park. Since 2012, Domtar has partnered with the SCA on its mission to build the next generation of conservation leaders and inspire lifelong stewardship of the environment and communities by engaging young people in hands-on service to the land.

Our work supports conservation projects and urban greening programs in cities across the United States and Canada, as well as restoration projects in the communities where Domtar employees live and work.

Watch a brief video about the Kamloops wildlife park event below, and visit the SCA website to read more about Domtar’s partnership with SCA. You can also learn about another joint Domtar-SCA event held in Plymouth, North Carolina, in June.