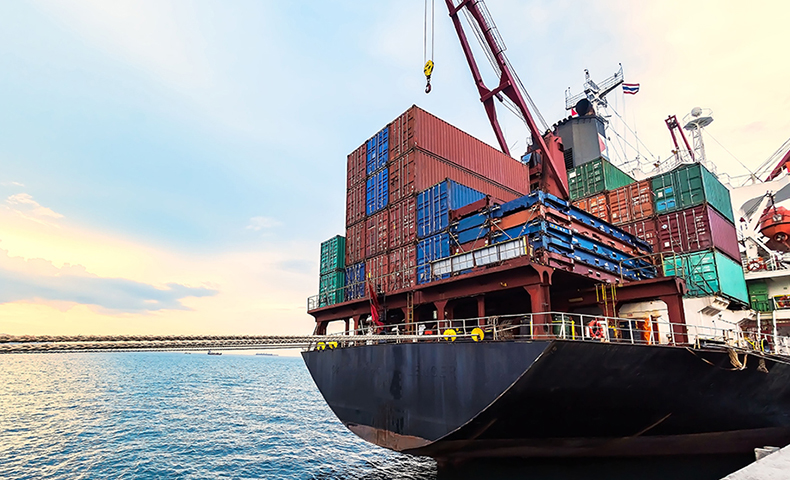 Tom Howard, vice president of government relations, has advocated for the pulp and paper industry for more than 25 years. He and his colleagues work at the local, state and federal level to educate elected officials about our industry and to advocate for legislation that helps our facilities and communities thrive in a global economy. Such advocacy is important, especially in light of recent trade tariffs.

Recently, he answered a few questions about the changing international landscape for Domtar.

Q. How is the USMCA — the “new NAFTA” — different from the old NAFTA in relation to Domtar’s business?

A. We are pleased the three countries have reached agreement on a new trade deal, and we hope for its eventual ratification. Trade between the United States, Canada and Mexico helps propel the economy of North America. Aside from retaliatory trade tariffs, pulp and paper move duty-free among the countries, and the United States-Mexico-Canada Agreement (USMCA) does not impact retaliatory tariffs.

A key provision of the North American Free Trade Agreement (NAFTA) that is being lost with the USMCA is the right to investment arbitration under a provision called the Investor State Dispute Settlement (ISDS). An oft-cited case is when one of the NAFTA countries expropriated (seized) assets from a paper manufacturer. The company was able to sue under the ISDS provision for recovery. U.S. investors already present in Canada can use investment arbitration for three more years. After three years, cases will be heard in Canadian courts. Cases can continue in Mexico but under stricter rules.

Q. Does this agreement change the recent trade tariffs that the United States and Canada had imposed on each other’s goods?

Q. What are the challenges regarding trade with China?

A. The ongoing and seemingly escalating trade dispute is creating complexity and cost. However, before any of the current trade actions took place, China took actions with real consequences to the U.S. paper industry.

Last year China, the world’s top market for recovered waste paper and a leader in other recyclable materials, began a program called National Sword. It banned imports of 24 types of solid waste — including recovered paper, citing high levels of contamination from plastics, metals and more. Now, the Chinese government has resumed importation of some waste paper, albeit on a much smaller volume and with stricter requirements for cleanliness.

This move has been good for Domtar and others because Chinese paper producers have turned to market pulp for fiber rather than recycling recovered paper. But there have been severe disruptions in supply chains for the North American recovered paper industry. Piles of recovered paper are sitting on docks waiting for Asian customers to take shipment. Some of it has even been sent to landfills. This glut of recovered paper has led, in some jurisdictions, to more calls for extended producer responsibility, whereby manufacturers are responsible for ensuring the proper treatment of their products throughout their lifecycle.

Further, we have customers who may convert Domtar paper using chemicals or equipment from China. Many of those supplies are subject to these same trade tariffs.

Q. In terms of domestic policy in the United States, what are the issues Domtar considers most important?

A. Transportation and logistics represent a huge spend for Domtar. With the North American economy moving along well, manufacturers are producing more goods and products. The raw materials brought into manufacturing facilities and the finished products that come out of these facilities all must be moved somehow — by motor vehicle, rail, ship, barge, pipeline, airplane, backpack or something else.

The very competitive labor market has put a sharp dent in the numbers of truck drivers and other workers in the transportation sector. While this is largely an issue defined by market forces and not government policy, there are several areas in which government policy can be adjusted to improve efficiency.

One key area is to optimize fleet utilization by allowing trucks to safely haul loads at the weights for which they are designed. Also, the nation’s ports and waterways are in need of modernization. Longstanding practices in the railroad industry can create impediments to the smooth and efficient flow of goods and could be changed. More and better training of future transportation workers is also needed to ensure the transportation industry has the workers it needs to move the goods being produced.