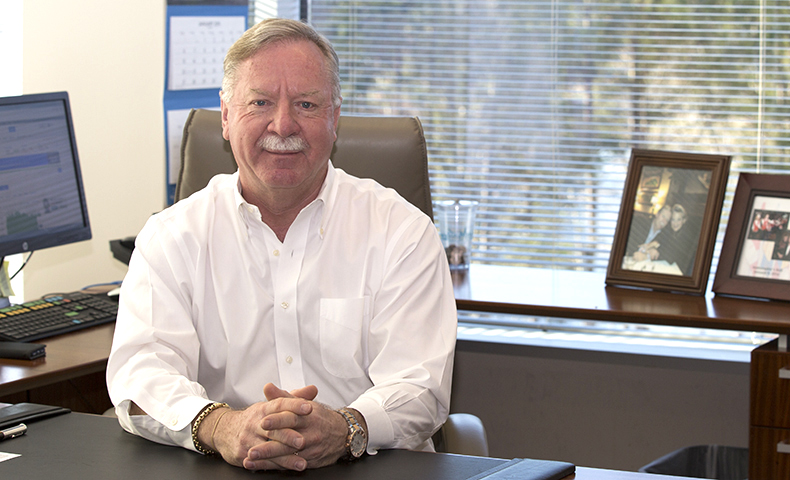 Government regulation can be a blessing or a burden. In every case, it’s the result of a public process. In contrast, says Domtar CEO John D. Williams, too many of today’s extra-governmental, voluntary programs — shadow regulations — fall short of this process.

Shadow regulations are built on opaque algorithms and are of nebulous value, and they threaten the very transparency that legitimate sustainability regulations are supposed to advance.

Recently, Williams spoke to the Charlotte Economics Club in Charlotte, North Carolina, to highlight our commitment to sustainable manufacturing as well as his concern about organizations that solicit and aggregate corporate data and rate companies without transparency or a remedy for inaccuracies.

At Domtar, we have a long tradition as a leader in sustainability and social responsibility. We create and maintain meaningful collaborations with conservation and charitable organizations around the world. But as a leader, Williams says, we also feel a responsibility to improve sustainability and social ratings systems. We do not want to abandon efforts to hold companies accountable, but we would like to see such efforts be more transparent and relevant.

“Don’t get me wrong. Regulations can be onerous, punitive … undermine investment and employment and unfairly pick market winners and losers,” he told the economics club. “But the virtue of regulation lies in the very fact that we can have these disputes out in the open, in the public eye.”

In contrast, shadow regulations — those that are in effect whether or not they are official — are neither exposed to the light of public examination nor tested by challenge or controversy.

“These are dressed up as voluntary programs, imposed by self-appointed arbiters who judge a company’s environmental, social and governance performance with secret algorithms,” Williams said in his speech. “CEOs are being asked to open the corporate kimonos. But those who are seeking and manipulating this data remain heavily veiled. We should all be suspect when the notion of transparency is twisted from being a two-way lens to a one-way mirror.”

The raters, rankers, auditors and consultants have grown far beyond being a cottage industry. In some cases, they compete for market share and revenues, relying on their unique secret sauces for scoring a company’s sustainability. In other cases, they incorporate each other’s analyses into their own — which makes their work even more opaque and audit-resistant.

In addition to judging companies in an opaque process, shadow regulations often base assessments on information that may not be relevant to actual performance or to the fiduciary interest and obligation a public company has to maximize shareholder value, Williams explained at the event.

Rather, sustainability scores can be improved simply by disclosing yet more information, by hiring consultants, by employing third-party auditors and by requiring your suppliers to do the same.

It can be difficult to pierce the cloak of good intentions, Williams said, and it can be hard work to be the contrarian — to defy the conventional narrative rather than leaving well enough alone. It can be doubly difficult when your organization is winning in the current paradigm.

In the long term, Williams said, integrity, clarity, transparency and accountability are what keep our market economy strong.

“We want things to be fair — and that means having rules that are developed, repaired and adjusted out in the open, with real accountability for the benefits and consequences they deliver,” he said.

Learn more about our sustainability efforts.

National Forest Products Week: 5 Facts About Goods From the Woods

Domtar: More Than a Fiber Company