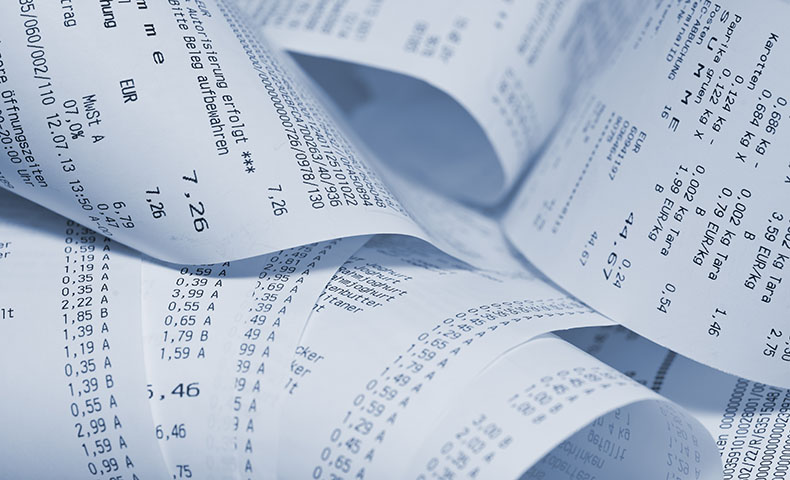 California lawmakers recently rejected a bill meant to ban paper receipts. The proposal would have required businesses to ask customers if they wanted a paper receipt before printing one, and businesses would have been forbidden to print coupons or advertisements on receipts unless requested by the customer.

Assembly Bill 161 by Assemblymember Phil Ting of San Francisco stalled in the state’s Senate Appropriations Committee as the legislature pared bills before the final two weeks of the session. Advocates of the California bill to ban paper receipts, dubbed Skip the Slip, suggested it would reduce paper waste in the state.

The bill initially would have required businesses to provide customers electronic receipts unless a paper printout was requested. After an outcry about privacy concerns related to digital receipts and what it would cost small businesses to use new payment software, that provision was dropped. The move to ban paper receipts also faced strong opposition from the California Restaurant Association and the California Retailers Association.

The bill also sought to ban the use of certain chemicals on paper receipts by promoting myths about the amount of bisphenol A (BPA) and bisphenol S (BPS) in lightweight thermal paper, the health risks associated with handling thermal paper and claims that BPA and BPS make paper receipts unrecyclable.

“The defeat of this legislation to ban paper receipts is an important victory for Domtar,” says Tom Howard, Domtar’s vice president for government relations. “California represents almost 10 percent of the receipt paper market, and other states, including Illinois and New York, have watched developments with the bill closely. California legislators took a hard look at the value receipts bring to consumers and decided consumers’ interests are paramount.”

Jessica Mause of the Keep the Receipt opposition group told the Los Angeles Times, “Public policy should be based on facts and sound science, not misinformation and unsubstantiated claims. We’re pleased that legislators recognized paper receipts are not only preferred by the majority of consumers but are also safe for consumers and employees.”

Paper Receipts Are Safe and Recyclable

Lawmakers in Illinois and Connecticut have approved measures to ban paper receipts and other documents that are printed on thermal paper that contains BPA. New York has a similar bill under consideration.

But such bills promote myths about this type of paper. Lightweight thermal receipt paper manufactured in the United States is BPA-free. We know because we make it at our Marlboro Mill and send it to Appvion in Appleton, Wisconsin, which applies the BPA-free thermal coating. At the time of this writing, Appvion is the largest North American producer of thermal point-of-sale receipt paper, and the company hasn’t used BPA since 2006.

While BPA can still be found in lightweight thermal receipt paper produced in Asia and Europe (the EU is phasing it out), the amounts are well within the acceptable levels monitored by the United States Environmental Protection Agency and the Food and Drug Administration. Paper receipts made from imported thermal paper don’t pose the significant health risk mentioned in the Skip the Slip bill to ban paper receipts. The same is true for all lightweight thermal receipt paper that contains BPS.

Similarly, claims that paper receipts can’t be recycled are overstated. Lightweight thermal receipt paper is just as recyclable as any other paper and doesn’t pose any more of a threat to the recycling stream than other materials containing phenols, such as aluminum cans and plastic bottles. In fact, as BPA levels in imported lightweight thermal receipt paper continue to fall, this will become even less of a concern.

Howard says the disruptions caused by attempts to ban paper receipts will negatively impact businesses models that are predicated on paper.

“Not all areas have sufficient internet connectivity to sustain this [type of] bill,” he says. “And not everyone carries a smartphone all the time. That would be problematic for businesses like dry cleaners and wholesale superstores where paper is an essential part of business operations.”

When it comes to legislation to ban paper receipts, skip the myths before you skip the slips.

“We are committed to not only protecting our industry’s interests but also advocating for people’s right to choose paper,” Howard says.

Debunk other paper myths by reading these articles:

Expressive Writing Is Good for Your Mental Health

Paper Recycling: When, How and Why? Here’s What You Need to Know