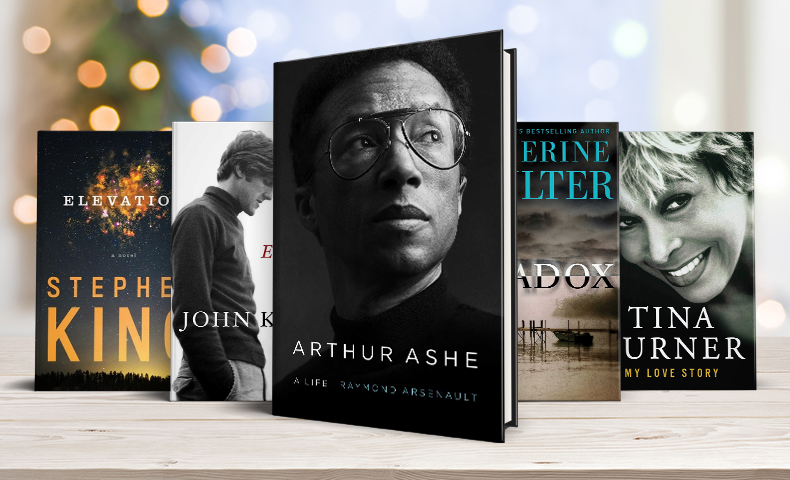 We make all sorts of promises to ourselves whenever the clock strikes midnight on December 31. We tell ourselves that this will be the year we lose the weight, find the new job or take that dream vacation we’ve been talking about for years. But what if we set a much easier goal to just read more books?

According to the Pew Research Center, about a quarter of American adults say they haven’t read a book in whole or in part in the past year, whether in print, electronic or audio form. Yet research shows that reading just 15 pages a day offers a wealth of benefits.

There’s no question that reading should be a priority. So how can we get ourselves back on track?

Here are some tips to help you stick to your New Year’s resolution to read more books:

Don’t know where to start on your resolution to read more books? Try one of these newly released titles, all of which are printed on Domtar publishing paper. You can also check out one of our other reading lists.

Maggie Walther feels like her world is imploding. Publicly humiliated after her husband, a local councilman, is arrested and they subsequently divorce, she has isolated herself from the world. When her only friend insists that Maggie climb out of her hole and embrace the season to get her out of her funk, Maggie reluctantly decides to put up a Christmas tree and heads off to buy one. She is immediately taken with Andrew, the kind, handsome man who owns the Christmas tree lot and delivers her tree. She soon learns that Andrew is single, new to her city and, like her, starting his life anew. But is there more to this stranger’s truth than meets the eye?

This is the first comprehensive, authoritative biography of American icon Arthur Ashe — the Jackie Robinson of men’s tennis. He was a pioneering athlete who, after breaking the color barrier, went on to become an influential civil rights activist and public intellectual. Based on prodigious research, including more than 100 interviews, Arsenault’s insightful and compelling biography puts Ashe in the context of both his time and the long struggle of African-American athletes seeking equal opportunity and respect.

Every Day is Extra

John Kerry tells the story of his remarkable American life — from son of a diplomat to decorated Vietnam veteran, five-term United States senator, 2004 Democratic presidential nominee, and Secretary of State for four years. It’s a revealing memoir by a witness to some of the most important events of our recent history.

With unparalleled suspense and her trademark explosive twists, bestselling author Catherine Coulter delves into the terrifying mind of an escaped mental patient obsessed with revenge. When he fails to kidnap five-year-old Sean Savich, agents Sherlock and Savich know they’re in his crosshairs and must find him before he continues with his ‘kill’ list. This is the 22nd installment in Coulter’s FBI thriller series.

Although Scott Carey doesn’t look any different, he’s been steadily losing weight. There are a couple of other odd things, too. He weighs the same in his clothes and out of them, no matter how heavy they are. Scott doesn’t want to be poked and prodded. He mostly just wants someone else to know, and he trusts Dr. Bob Ellis. The latest from legendary master storyteller Stephen King is a riveting, extraordinarily eerie and moving story about a man whose mysterious affliction brings a small town together. It’s a timely, upbeat tale about finding common ground despite deep-rooted differences.

Tina Turner — the long-reigning queen of rock ’n’ roll and living legend — sets the record straight about her illustrious career and complicated personal life in this eye-opening and compelling memoir. From her early years in Nutbush, Tennessee, to her rise to fame alongside Ike Turner and her phenomenal success in the 1980s and beyond, Turner candidly examines her personal history, from her darkest hours to her happiest moments and everything in between.