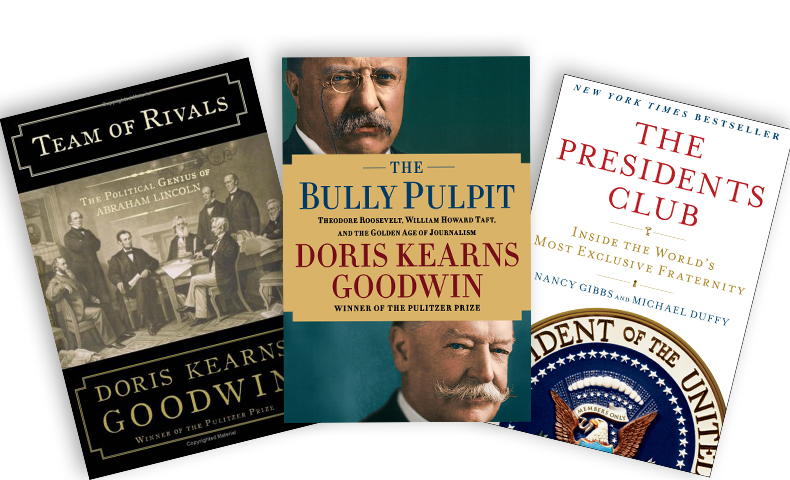 With the recent inauguration of a new president and the upcoming President’s Day holiday, now is a great time to pick up one of these presidential books or other political titles, all of which are printed on Domtar publishing paper. These presidential books are great choices for anyone interested in the current and past political landscape of the United States.

The Invisible Bridge: The Fall of Nixon and Rise of Reagan

In January 1973, Richard Nixon announced the end of the Vietnam War and prepared for a triumphant second term. Then the Watergate hearings revealed his White House as little more than a mafia den. Upon Nixon’s resignation, Gerald Ford declared our long national nightmare over. And as Americans began thinking about their nation in a new way — as one more nation many, and no more providential than any other — the pundits declared that successful politicians would, from now on, be the ones who honored this chastened new national mood. But Ronald Reagan never got the message — which was why, when he announced his intention to challenge Ford for the 1976 Republican nomination, those same pundits dismissed him. Then it started to look like he just might win.

Secretary Clinton and President Obama had to decide how to repair fractured alliances, wind down two wars, and address a global financial crisis. Along the way, they grappled with tough dilemmas, especially the decision to send Americans into harm’s way, from Afghanistan to Libya to the hunt for Osama bin Laden.

These unnervingly familiar headlines serve as the backdrop for Doris Kearns Goodwin’s highly anticipated presidential book, The Bully Pulpit, a dynamic history of the first decade of the Progressive era, a tumultuous time when the nation was coming unseamed and reform was in the air.

Jack Kennedy: The Education of a Statesman

Drawing on new primary sources, this biography is the first to detail the influence of British history, literature and culture — in particular, the ideas of Winston Churchill — on America’s 35th president. For the first time, we trace the friendships and forces that led Kennedy to the White House and shaped his actions there. In this intimate portrait of a leader torn between politics and principle, we finally come to know the man Kennedy wanted to be and to understand his long, private struggle to become that man.

The President’s Club: Inside the World’s Most Exclusive Fraternity

This presidential book covers the inside story of the world’s most exclusive fraternity and how presidents from Hoover through Obama worked with — and sometimes, against — each other when they were in and out of power.

Distinguished biographer Jean Edward Smith, author of several presidential books, offers what The New York Times called a “comprehensive and compelling” story of the life of George W. Bush, showing how he ignored his advisors to make key decisions himself — most notably the decision to invade Iraq — and how these decisions were often driven by the president’s deep religious faith.

Giving: How Each of Us Can Change the World

This presidential book by former President Bill Clinton is a call to action. Giving is an inspiring look at how each of us can change the world. First, it reveals the extraordinary and innovative efforts now being made by companies, organizations, and individuals to solve problems and save lives both down the street and around the world. Then it urges us to seek out what each of us — regardless of income, available time, age and skills — can do to help and to give people a chance to live out their dreams.

All descriptions for these presidential books and other political titles were adapted from amazon.com.

Looking for even more titles to read? Take a look at our previous reading lists featuring books printed on Domtar paper.

Our Safety Goals Contribute to Success and Sustainability at Domtar

The Rise of Commercial Inkjet Printing