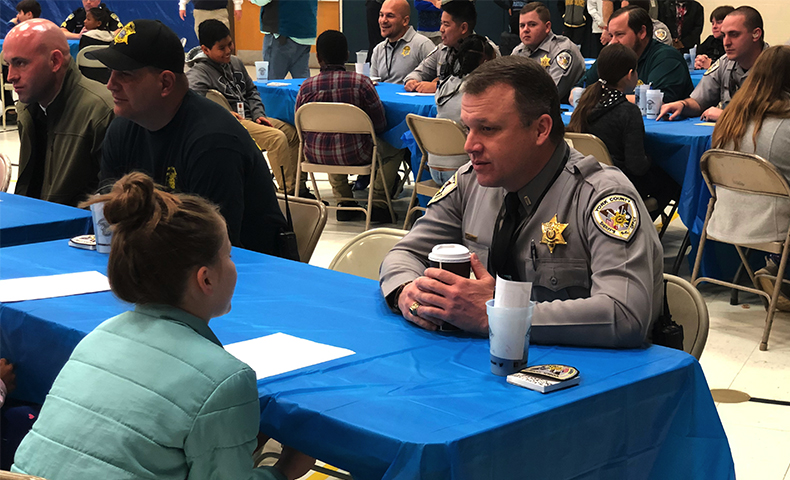 With a little help from Domtar and our PaperPal™ program, elementary school students and law enforcement officers in Rock Hill, South Carolina, learned about each other through handwritten letters about sports, pets and more.

Recently, Olde Pointe Elementary School hosted a breakfast so the PaperPals could meet in person. The event was a hit with students and officers alike, and it highlighted the many benefits of handwriting and relationship-building.

The PaperPal program brings generations together through handwritten letters. It began in 2015 with a school and retirement community in Van Nuys, California. The idea, chronicled in a short video, was so successful that the PaperPals wanted to continue sending handwritten letters to each other even after the initial two-month program officially ended. Students in Montreal and Kamloops, British Columbia, also have enjoyed the program by pairing with local senior citizen homes.

In Rock Hill, officers from the York County Sheriff’s Office and Rock Hill Police Department exchanged letters with the fifth-grade students for six months before meeting at the breakfast.

Dryden Pulp Mill — A Great Combination of People and Location

Tall Oil: A Growing Part of Our Extractives Business