The Power of Paper: A Driving Force for Political Change 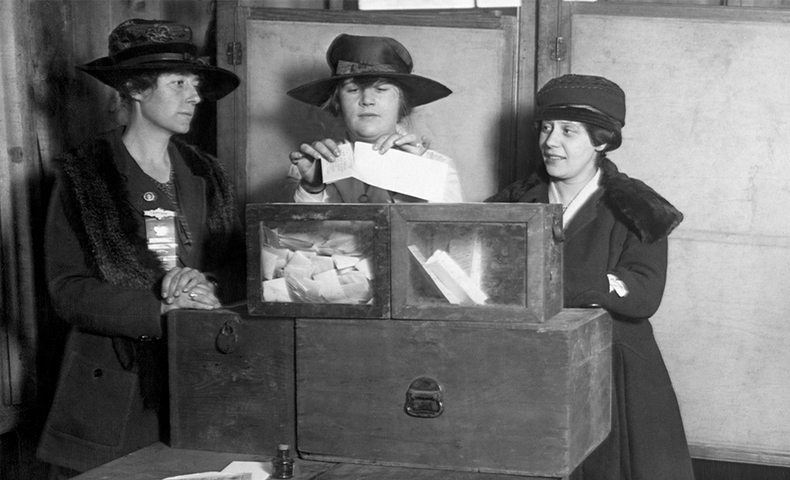 Aug. 18, 2020, marks the 100-year anniversary of the ratification of the 19th amendment to the U.S. Constitution, which granted women the right to vote. It took women’s suffrage activists nearly 100 years to win the fight for this political change, and it could not have happened without paper.

From the original newspaper ad taken to form the first women’s rights convention to the six volumes dedicated to telling the history of women’s suffrage through letters, newspaper clippings and other documents, paper helped make it possible for the 19th Amendment to be written and passed.

“Paper has been such a large part of all political movements and political election campaigns,” says Domtar’s Paper Advocacy Manager Tammy Tufty. “Even today, with easily accessible online campaigns and social media advertisements, paper is ever-present. From posters and pamphlets to direct mail, people rely heavily on paper to communicate their ideas, beliefs and messages.”

“Direct mail matters even more than it did in the days before the internet,” says Haskel. “I think what’s particularly important is that print establishes a presence that might not exist otherwise. … The evidence shows that direct mail matters because, as part of an omnichannel marketing campaign, it enhances the performance of the campaign across all channels. In a segmented campaign, targets who don’t receive direct mail are less likely to respond to other channels.”

With the ongoing coronavirus pandemic and looming presidential campaign, America’s story is still being told, written and printed. Given how the year 2020 has been so far, with the ongoing argument for paper-based voting trails and mail-in ballots to reports that the USPS is on the brink of collapse, this year’s political movements and campaigns will certainly be taught in history classes and serve as the subject of best-selling history books about political change — printed on paper for the next generation to read.