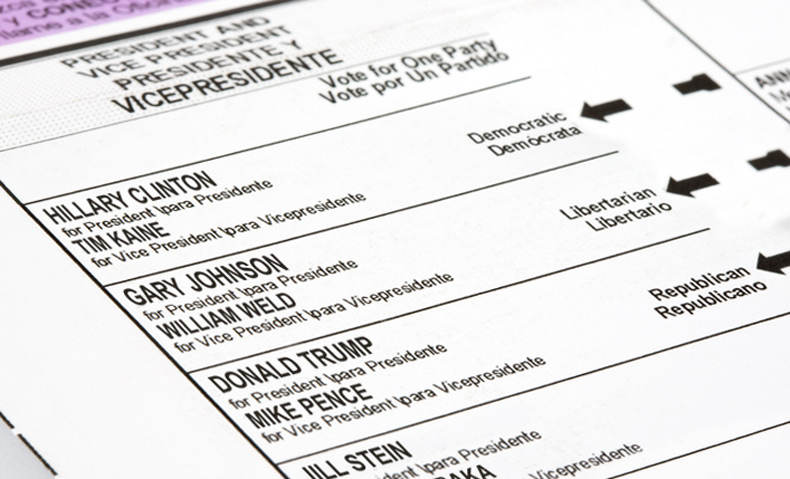 Few things are as sacred to voting Americans as the secret election ballot. Many voters prefer paper ballots over electronic voting systems.

With early voting having already begun in many states and with Election Day on Nov. 8, some voters and some election officials are expressing concern about the security of voting machines and the counting of ballots.

Since the infamous “hanging chads” controversy of the 2000 presidential election, voting systems have been under near-constant scrutiny, which has only been heightened after recent reports of possible hacking and articles about aging or outdated touchscreen voting machines. For example, in a recent New York Times column, one researcher recalled the time when her Princeton University colleagues reprogrammed a voting machine to play Pac-Man without breaking the machine’s tamper-evident seals.

No state has used lever voting machines that punch holes in paper ballots since 2010. Today, most voting precincts use some combination of computerized voting machines and a paper backup.

While voters may not necessarily want to return to a strictly pen-and-paper system, they want a physical record of their votes. A recent poll taken by the University of New Hampshire Survey Center asked 532 adults about their voting preferences. When asked whether they prefer paper ballots or computerized touch-screen voting to ensure an accurate count, 69 percent of respondents chose paper ballots; just 23 percent preferred touch-screen computerized systems.

Several states have, in the past decade, moved back toward paper ballots to build confidence in the electoral process. Maryland, for instance, relied on pen-and-paper ballots in its primary elections earlier this year. So, too, did Michigan, Oklahoma and New York and Maryland.

Election fraud investigator Richard Hayes Phillips advocated for an entirely paper system in an article earlier this year, titled “What Constitutes an Election Audit,” about his experience auditing an election in Ohio.

“In my judgment,” he wrote, “the solution is this: paper ballots, counted by hand, in full public view, at the polling place, on election night, no matter how long it takes.”

“With the possible threat of election hacking by foreign governments, there is a renewed interest in developing systems that are less susceptible to outside influence and provide for a backup trail,” Howard said. “While backup trails can take several forms, including computer tapes, there is concern that the security of computer tapes gives one little comfort. Paper backups are often cited as the most dependable form of backup. One of the leading systems is sort of a hybrid whereby paper ballots are marked then scanned to be tabulated.”

Domtar makes ballot paper. It comes in different grades, depending on whether it will be used for ballot-by-mail or for ballot scanning.

“Paper is harder to transport and secure, and is often harder to count and dispose of than purely electronic means,” Howard said. “But the trade-off of security is seen as being worth the additional cost.”

Despite the concerns, many experts don’t recommend standardizing voting systems across every state and local government. The variety of systems currently in use likely discourages a systemic, electronic breach.

One piece of paper almost everyone agrees we should see more of in the coming weeks? The small sticker that says “I Voted.”

A Look at Sandpaper, Masking Paper and Other Industrial Papers

Our Approach to Sustainability: Keeping Forests as Forests