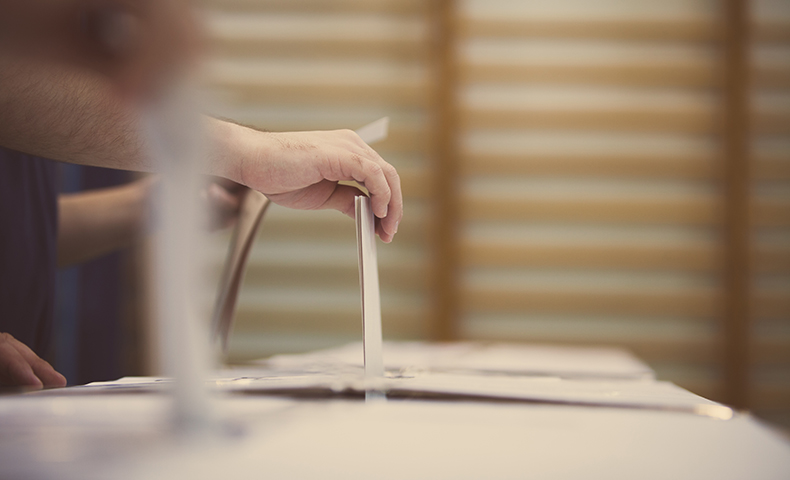 As the United States approaches the 2018 midterm elections, security experts and voting rights advocates are urging states to take extra precautions against cyberattacks on voting systems. One of the simplest, safest and least-expensive solutions? Use a paper ballot format for recording votes.

The cry for paper ballots, or at least a paper backup record, increased before and after the 2016 elections, when concerns about hacking raised awareness of the vulnerabilities of many states’ voting machines. A proposed Secure Elections Act, which has bipartisan support in the U.S. Senate, would incentivize states to purchase voting machines that create a paper record of all votes that are cast.

In the meantime, many states have returned to some form of paper record, reversing a trend to all-electronic ballots that began in 2004 as a result of the contested presidential election of 2000, with its notorious “hanging chads.”

In many cases, state election officials have decided the paper ballot format is more secure than electronic balloting.

Richard DeMillo, a cybersecurity professor at the Georgia Institute of Technology, recently spoke with Bloomberg Businessweek about the paper ballot format. “It’s absolutely the safest way. All this fancy stuff — you are talking to a computer scientist, and it breaks my heart to say this — but it just drives up the cost and doesn’t add anything.”

Virginia, for example, switched the last of its touch-screen voting machines to a paper ballot format just weeks before elections in 2017.

Nearly two dozen states and Washington, D.C., have said they will use only paper ballots in November. Several more are considering changes to improve security and the capability to audit elections.

Earlier this year, Pennsylvania Acting Secretary of State Robert Torres ordered that all voting machines record the vote on paper by December 2019. “The current voting equipment in counties works and can be audited,” Torres said in a press release. “But new voting machines with paper ballots or voter-verifiable paper backup will improve auditability and augment security.”

Most voting precincts across the country use some combination of computerized voting machines and a paper backup. However, as recently as this year, five states — Delaware, Georgia, Louisiana, New Jersey and South Carolina — had no systems in place to provide paper backups of electronic ballots. Eight more states had digital-only systems in use in at least some polling stations.

Many of those states are working to have new systems in place by the midterm elections, and to have some type of paper ballot format or backup by the 2020 elections.

“It’s heartening to have state and national leaders recognizing that the best, most progressive way to both modernize and protect the sanctity of our Constitutional right to a secret ballot is by moving ahead with paper,” says Thomas Howard, Domtar’s vice president of government relations. “The paper ballot format, read by an optical scanner (or other similar arrangements) is the perfect marriage of security and technology.”

Why Does the FSC Label Matter?

Domtar and SCA Clean Up Parks in Two of Our Communities