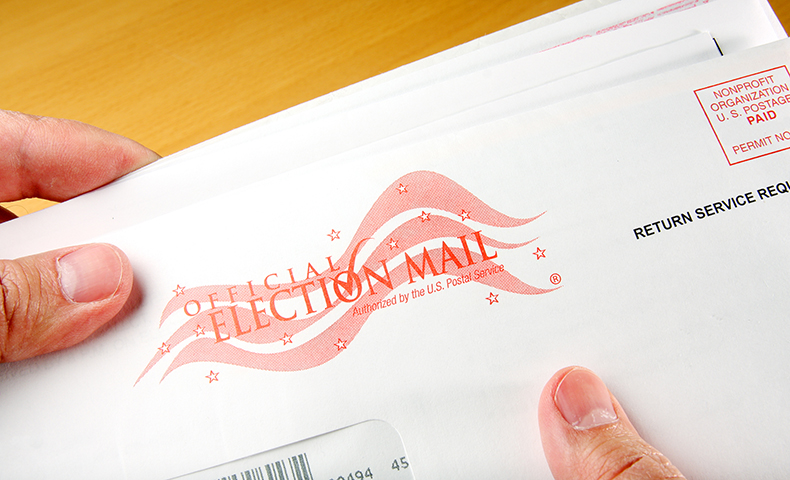 The 2020 election could see the highest use of mail-in ballots of any election to date. As COVID-19 cases continue to rise in the United States, voters and election officials are expressing concerns about the public health risks of a traditional Election Day on Nov. 3. Several states have mailed absentee ballot applications to all voters, and others have altered regulations to allow no-excuse absentee voting for the first time.

Even before the coronavirus pandemic, paper ballots and paper trails for electronic voting machines had gained favor as a more secure way to vote. Over the past several years, experts, advocates and voters in the United States have called for paper ballots to ensure the security and accuracy of vote counts. In response, more state and national lawmakers have moved in the direction of paper-based voting systems.

“Though Democrats and Republicans disagree about many things in an election year, members in both parties and in nearly all states support having a paper record of some kind to ensure that election results are accurate,” says Tom Howard, vice president of government relations for Domtar.

In 2018, Congress approved $380 million to assist states in improving the security of federal elections. Legislators gave states flexibility in spending but sent clear signals about the importance of having a voter-verified paper record of every vote. Those paper records would be valuable in case a post-election audit is needed to ensure that voting machines produced accurate results.

In 2016, 14 states used paperless voting machines in at least some counties and towns. That number is expected to drop to eight by 2020. But millions of voters won’t use machines at all this year, choosing instead to use mail-in ballots.

A July 2020 poll showed that 70 percent of Americans support the use of mail-in ballots, and several states have adjusted their process to make it easier for people to vote absentee and by mail. Requests for absentee mail-in ballots are on pace to break records. Well-designed paper ballots and proper envelopes for mailing are both safe and secure.

This surge in absentee voting has raised concerns about the time it will take to count mail-in ballots and declare a winner. the cash-strapped U.S. Postal Service is concerned about the ability to deliver a surge in mail-in ballots in time for them to be counted. President Donald Trump has repeatedly spoken about the risks, though evidence does not back the claim that mail-in ballots result in widespread fraud.

The differing standards imposed by individual state election officials add another wrinkle to the debate. Some states, for example, require that mail-in ballots be received by the time traditional polling locations close. Others accept mail-in ballots that are postmarked on Election Day. With the latter scenario, it would take longer to get a precise count, particularly in a close contest. Several experts have warned that in close races, we may not know final results on Nov.3.

Experts recommend three ways to protect the integrity of voting systems: verifiable paper ballots, a secure chain of custody of all ballots — including mail-in ballots — and statistically sound audits after the election. Together, these steps can give voters confidence that their votes have been recorded correctly and counted appropriately, while allowing voters to stay healthy at home.

Domtar’s Paper Division: Who We Are