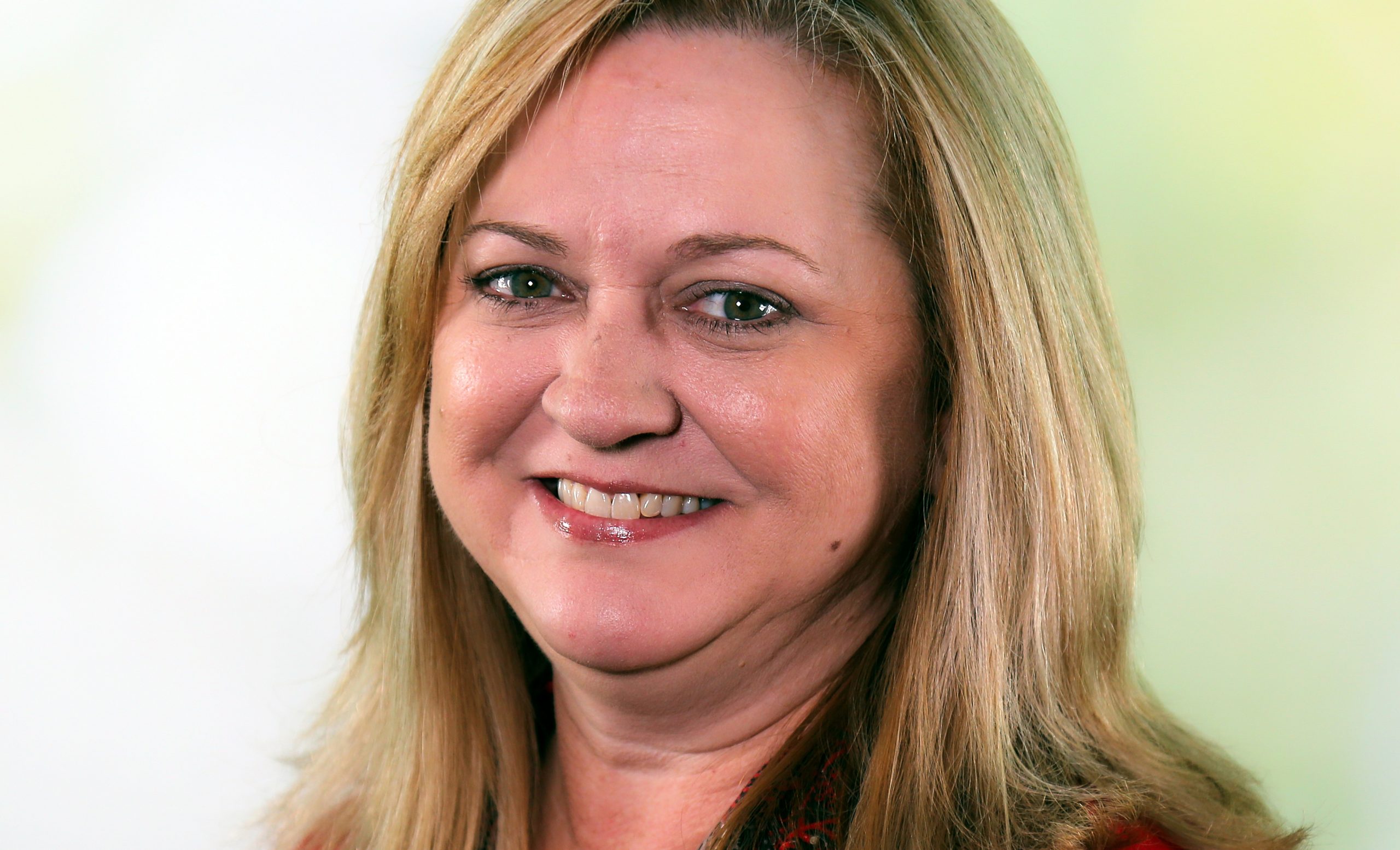 A tragedy on a winter night led Page Wilson to become an American Red Cross first responder. Here’s her story.

A light snow was falling in Rock Hill, South Carolina, on February 12, 2014. Wilson and her husband of 29 years, Chad, were snuggled in for the night and watching a movie. Eventually, the couple fell asleep — he in his recliner, she on the couch.

Suddenly, they were awakened by a shout from their son Devin, now 28. Their house was on fire.

Thick, black smoke descended from the ceiling. Flames licked the walls as they moved toward Wilson and her husband. With no time to rescue the family’s four cats, gather cherished belongings or grab clothes or shoes, the Wilsons stumbled out the front door into the winter cold.

“A fireball went down the center of our house,” said the 49-year old Wilson who leads the Domtar Canadian Region Printing & Publishing team and has been a Domtar employee for nearly 18 years. “It burned completely to the ground. It was stunning, and a very emotional time.”

But through this tragedy, Wilson found a new purpose in life as an American Red Cross first responder. The agency that guided her through turmoil is now where she helps others through catastrophe.

It was cold. There was a little snow on the ground. I had my shorts and a tank top on. My husband was in his underwear, and my son had on sweatpants, no shoes, no socks [and] no shirt. My husband played fireman and broke a bedroom window. He pulled the hose and tried to put water on the fire, but he burned himself on the siding and had to go to the hospital for treatment. It took two hours for the firemen put the fire out.

What do you do when everything you have is gone?

I saw a volunteer Red Cross first responder pull up to the scene. All I could think was, “Thank God, she’ll have blankets.” She took me to the fire truck and sat with me and started filling out paperwork. She put us in a hotel that night and gave us a credit card for food and clothing. It was amazing. I cried and said to her, “I’m going to do this eventually.”

We drove through the snow to Kmart. We were bare foot, covered in soot, with these blankets on us. People were going, “What’s that smell?” That moment changed my outlook on things. You just never know what is going on in someone’s life. We bought sweatshirts, socks, undergarments. When we got to a hotel we opened these Ziplock bags from the Red Cross first responder and started crying. There was a razor, shampoo [and] the little things that mean so much at a time like that.

Six months later you were in a new home. And six months after that, you made another big life decision. What was it?

It was in April 2015 that I took the step to fill out the paperwork to become a Red Cross first responder. At one of my first training sessions at the Red Cross, I ran across the woman who was at my home the night of the fire. It was so emotional. She said to everyone, “She told me she’d be here volunteering one day!”

I’ve probably done 16 calls, maybe 10 of those on my own. The calls usually come at 2 a.m. or 3 a.m. There have been many days when I get called to a fire in the middle of the night and go home at 5 a.m. and get ready to head straight to work. It’s chaos responding to these disasters, but I was inspired to do what I do because of my personal experience. It’s made me aware of how much the community needs volunteer service. It’s opened my eyes to how much tragedy exists every day. I didn’t notice until tragedy slapped me in the face, so this work is truly rewarding. I remember how I felt when I got that assistance. To be the one now that is doing the helping, it’s a good feeling.

How does Domtar encourage colleagues to get involved?

Domtar was so supportive. I spent a month away from work trying to get everything in order with the insurance company and the contractors. My incredible Domtar family came to the rescue with clothing donations and shoe donations, and someone loaned us his rental home to live in for a while. I’m so grateful to the wonderful people I work with. The company also often offers to match employee donations to the Red Cross after disasters in towns in the United States and Canada where employees work. And Domtar also hosts Red Cross blood drives.

How do you hope to make a difference as a Red Cross volunteer?

I hope to make a difference by giving people in my community hope. I want to assure people that there are others in the world who want to help. And I hope I inspire others to notice the needs in their communities and to do something to help.

4 Ways to Use Recycled Paper in Your Garden