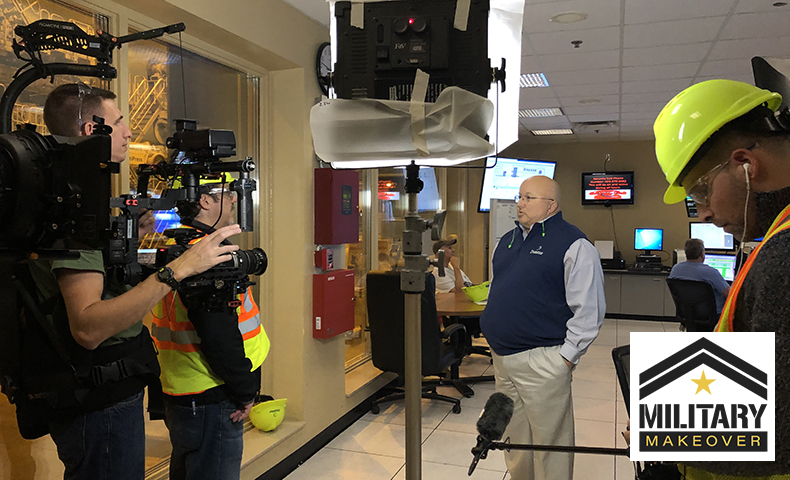 We’re proud of our veteran employees, who comprise nearly 10 percent of our workforce. We value the unique abilities veterans bring, including leadership and people skills, ability to work under pressure and a focus on accomplishing goals. Our hiring and recruiting practices even accept military service in lieu of a degree for some job candidates. That’s why we’re thrilled to see some of our colleagues featured in an upcoming episode of the “Military Makeover” series on the Lifetime TV Channel.

Hosted by Montel Williams, the “Military Makeover” series features veterans who are making the transition from the military back to civilian life. Williams, who served in the U.S. Marine Corps and graduated from the U.S. Naval Academy, appreciates the skills military veterans bring to the workforce.

So does Domtar Pulp and Paper President Mike Garcia, a U.S. Army veteran. He emphasizes the advantages of hiring veterans at Domtar.

“They make great frontline supervisors,” he said in an interview with the Charlotte Business Journal. “Veterans have leadership and people skills, [as well as] a high level of maturity.” He also explained that those and other qualities, acquired from years in service to our country, help veterans focus on goals and fit well into the paper company’s logistics, finance, sales and manufacturing operations.

In December, the Kingsport Mill hosted a six-person film crew from The Lifetime TV channel to shoot a segment for an upcoming episode of the “Military Makeover” series. While at the mill, the film crew interviewed a few of the veterans about their experience with Domtar after military life. Hosted by Montel Williams, the series features veterans who are making the transition from the military to civilian life.

The episode first aired live on the Lifetime TV channel on Jan. 17. To celebrate, Kingsport Mill employees gathered for a watch party to view the show live.

Kingsport Mill Manager Marty Barfield says he is pleased to see some of the veterans at the mill recognized by the television show.

“I think it’s important to recognize the service and sacrifices that our veterans have given,” says Barfield. “The things that typically enable a veteran to succeed and find enjoyment in the military are the same traits Domtar values in our employees, such as setting clear expectations, learning how to operate as a valued team member, the ability to lead a group and discipline in all that one does.”

Didn’t catch it the first time? No worries. This episode of the “Military Makeover” series will run again on the Lifetime TV channel on Jan. 29 at 7:30 a.m.

Write a Letter in Honor of Black Inventors

Can You Picture a World Without Paper?

From Factory to Field (Notes): Behind the Production Process