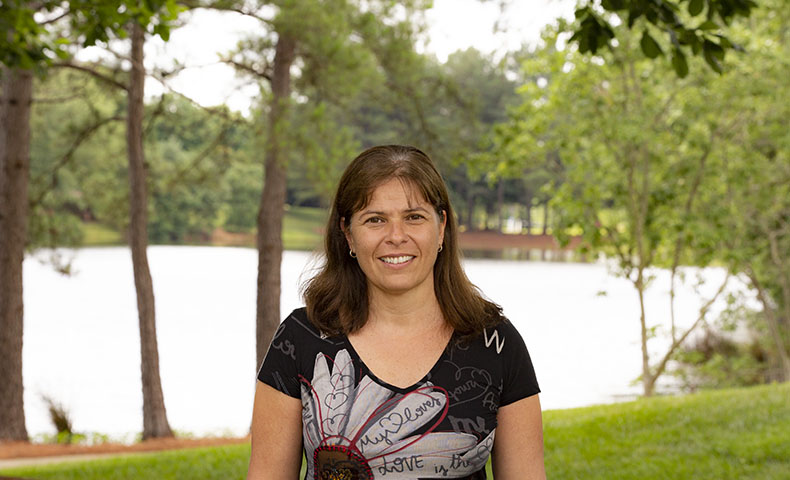 In 1995, Marie Cyr became Windsor Mill’s first female engineer when she accepted a job as a project engineer two years after graduating from L’Ecole Polytechnique (now Polytechnique Montréal) with a degree in mechanical engineering. Today, nearly 25 years later, this engineering pioneer is general manager of our Dryden Mill, and her path to leadership is an inspiration for women in manufacturing roles at Domtar.

“As the first female engineer at Windsor, the stakes were high,” Cyr says of her days as an engineering pioneer. “But I realized very quickly I wanted to lead a team, and no challenge was too great for me to tackle in order to reach that goal.”

Teamwork has always been Cyr’s priority. Early in her career as an engineering pioneer at Domtar, she would seek input and gather advice from colleagues rather than working alone to find a solution.

Current Windsor Mill Manager Sylvain Bricault was a co-op student at the mill when Cyr joined in 1995. Even then, he saw her desire to develop into a team leader. “I really got to see her progress as a leader over the years,” he says. “She quickly learned the positive impact she could have on her colleagues through collaboration and taking and giving advice.”

After about six months as a project engineer followed by a stint as a maintenance engineer, Cyr began working her way through a series of roles with increasing responsibility across the mill, including assistant director of pulp and energy operations, before eventually being promoted to director.

“That’s one of the great things about working for Domtar,” Cyr says. “I was given new challenges as soon as they thought I was ready.”

Cyr says gaining her colleagues’ trust during each new assignment was the key to advancing into leadership positions. “I always knew I had the technical skills to be a leader, but gaining credibility with my supervisor and male colleagues was the biggest factor.”

Bricault says Cyr earned respect by demonstrating her knowledge and dedication to the mill’s success. “These were male-dominated positions,” he says. “She proved that she deserved to be there. She very quickly became an excellent problem-solver and someone we could depend on to help make important decisions.”

Since being named leader of the Dryden Mill in July, Cyr has had a close working relationship with Rajanesh Kumar, the mill’s production manager. He describes Cyr as a dynamic and driven leader. “I’ve found her to be a very hard-working leader with a clear strategic direction to ensure the mill is healthy for the long term,” he says.

As an engineering pioneer, Cyr has seen many changes over the years, especially in leadership models. In the mid-90s, organizations were leader-centric, where teams would simply carry out a leader’s vision. She finds today’s workplace much more collaborative, where leaders make decisions only after consulting with their teams to gather different ideas and perspectives.

Of course, the last two decades have also seen a sharp increase in women in manufacturing jobs and leadership positions.

“I’ve held many jobs during that span of time and have seen firsthand how women in leadership have transformed and improved the mill’s daily operations,” she says. “Women enrich ideas, resulting in better operational performance through different approaches to managing people, seeking input and encouraging collaboration.”

As an engineering pioneer who has navigated a successful journey to mill manager, Cyr’s advice to younger women in manufacturing is to pursue the jobs they want.

“If a position opens with more responsibility, have confidence in yourself and apply for it. Don’t wait for someone to recognize you before making the move, or it may never happen,” she says. “If you need support, get a mentor through Domtar’s mentoring program. Your ambition will give you more credibility in the workplace.”

People Are At the Root of Healthy Forests