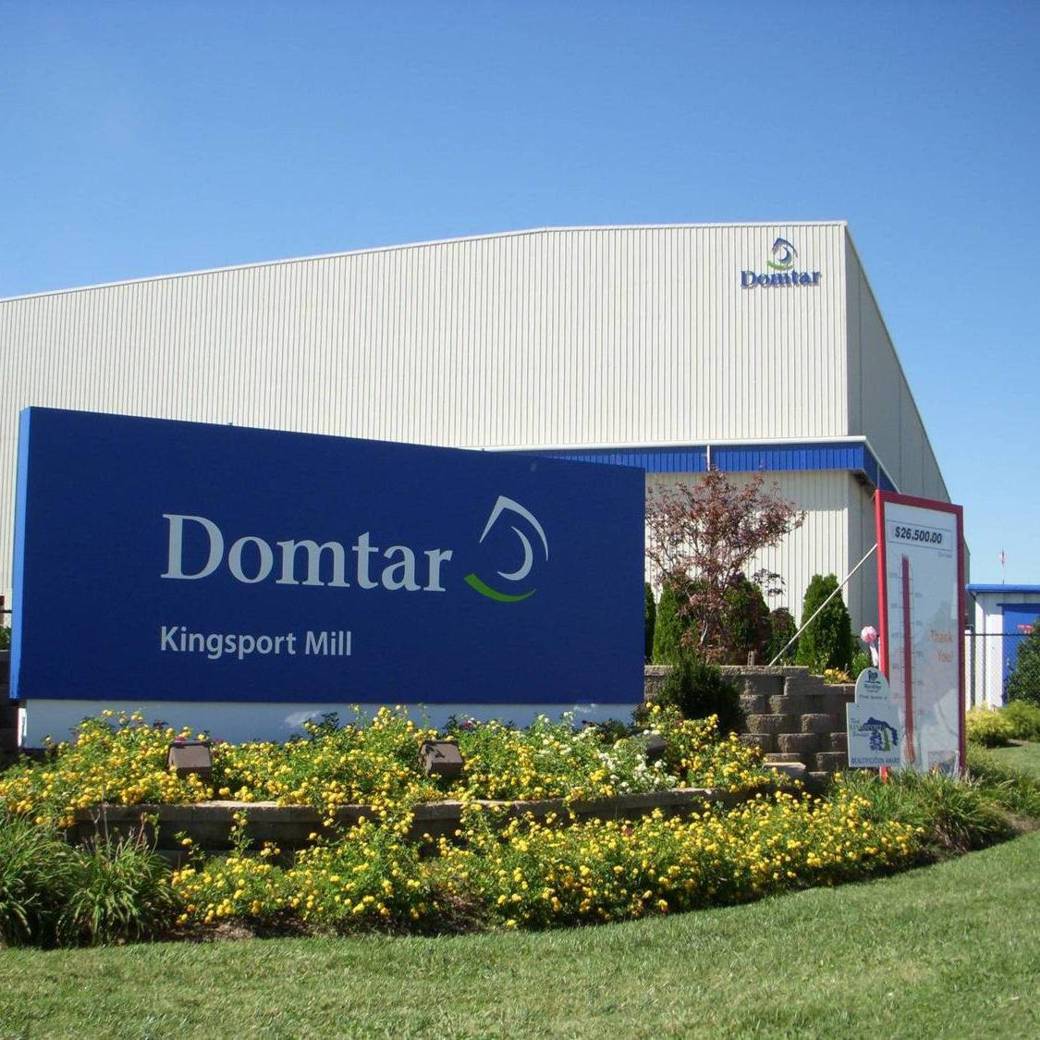 At Domtar, we’re a proud part of the communities where we operate. We not only produce pulp, paper and personal care products in our facilities, but we also support vocational education, environmental sustainability and civic and recreational programs that enhance daily lives for our neighbors. Often, a pulp and paper mill was central to the development of these communities, and decades, or even a century later, that same mill remains one of the area’s largest employers. All of this is true of our Kingsport Mill, located in Kingsport, Tennessee.

Kingsport Mill celebrated its 100th anniversary in 2016, marking a century of operations and partnership in the community.

“For every one job at the mill, there are four or five jobs made in the community,” says Charlie Floyd, Domtar’s vice president of operational performance and former Kingsport mill manager (2003–2013). “This includes town development such as housing, restaurants and transportation needs, as well as the local raw materials industry. Seventy-five percent of all of our raw materials come from local sourcing, providing a very secure foundation for the local wood industry.”

Kingsport, Tennessee, received its name from a simplification of King’s Port, the name given to the area along the Holston River by the early pioneers. First chartered in 1882, Kingsport became an important shipping port for goods originating upriver that were destined for the Tennessee River in Knoxville.

Recognizing the benefits of operating near forests and the Holston River, the Kingsport Extraction and Tannery plant opened in 1912 and started producing leather goods and extracting tannin from chestnut wood. The tannin was used in the tanning process for the leather, and the leftover wood chips were discarded — that is, until a group of investors, including George Mead, decided to use the discarded chips to make pulp.

In 1916, George Mead made a $100,000 investment (the equivalent of nearly $2.5 million today) in the Kingsport Pulp Corporation; a year later the site was producing 55 tons of pulp per day.

The town of Kingsport, Tennessee, was rechartered in 1917 and redesigned with spaces for commerce, churches, housing and industry. Most of the land along the river was devoted to industry, including the pulp mill and a chemical production plant.

By 1923, more than 300 people worked at the Kingsport mill. Soon, the No. 1 Paper Machine, the first on-site paper machine, was installed. Over the next five years, the Kingsport mill grew with the installation of turbines, boilers, beater rooms, storage rooms and a second paper machine. By 1942, the mill employed more than 800 people; by 1969, that number had grown to more than 1,500 people.

In 1995, Mead sold the Kingsport mill to Willamette Industries, which then merged with Weyerhaeuser in 2002. On March 7, 2007, Kingsport Mill became part of the Domtar family, along with other assets from the Weyerhaeuser fine paper division. This was the third ownership change in a 12-year period for the mill after operating for more than 70 years as Mead Paper Company.

“Domtar’s core values of Caring, Innovation and Agility are three values this mill has always exemplified, even before we were a Domtar company,” says Ron Nussman, Domtar finance planning manager at the Kingsport, Tennessee, mill and a Kingsport employee since 1991. “We have always cared about our employees and their families. That is what makes up the heart of this mill. While the world changes, we adapt and evolve with it, but our values have always stayed the same. That is why we’ve been around for over 100 years.”

100 Years and Counting in Kingsport, Tennessee

In 2016, Kingsport Mill sponsored more than a dozen community events to mark its 100th year in operation. At one such event, the mill donated 100 trees to be planted near Memorial Park.

Kingsport Mayor John Clark noted the company’s contributions at that time. “We are honored to celebrate 100 years with a company that has a longstanding tradition of giving back to its community,” he said at the time. “Thank you, Domtar, for making Kingsport a greener place to live now and for the next 100 years.”

Domtar is the third-largest employer in town, currently supporting nearly 400 local jobs and an estimated $962 million in the regional economy.

“Outside of job creation, we have a very strong presence in the community,” says Floyd. “The mill is in an ideal location about a block away from Main Street, and it has an outstanding reputation for employing local talent and giving back. We have many generations of families working within our walls and have donated big parcels of land to the town for educational and recreational purposes.”

As part of this continued investment in the community, in 2009 Kingsport Mill donated land and helped develop the Regional Center for Advanced Manufacturing (RCAM), which promotes STEM education and modern manufacturing skills for students who are interested in pursuing careers in the manufacturing workforce. Many of the mill’s employees are hired right out of this two-year program.

Additionally, Domtar Park was built on land donated to the city. It hosts hundreds of baseball and softball games each year and offers a safe place for skateboarders to ride.

“My time at Kingsport was without a doubt the best job and experience of my professional career,” says Floyd. “To this day, I believe it was a tremendous privilege to lead the team there. I will always feel like the Kingsport community will be my family.”

From Factory to Field (Notes): Behind the Production Process