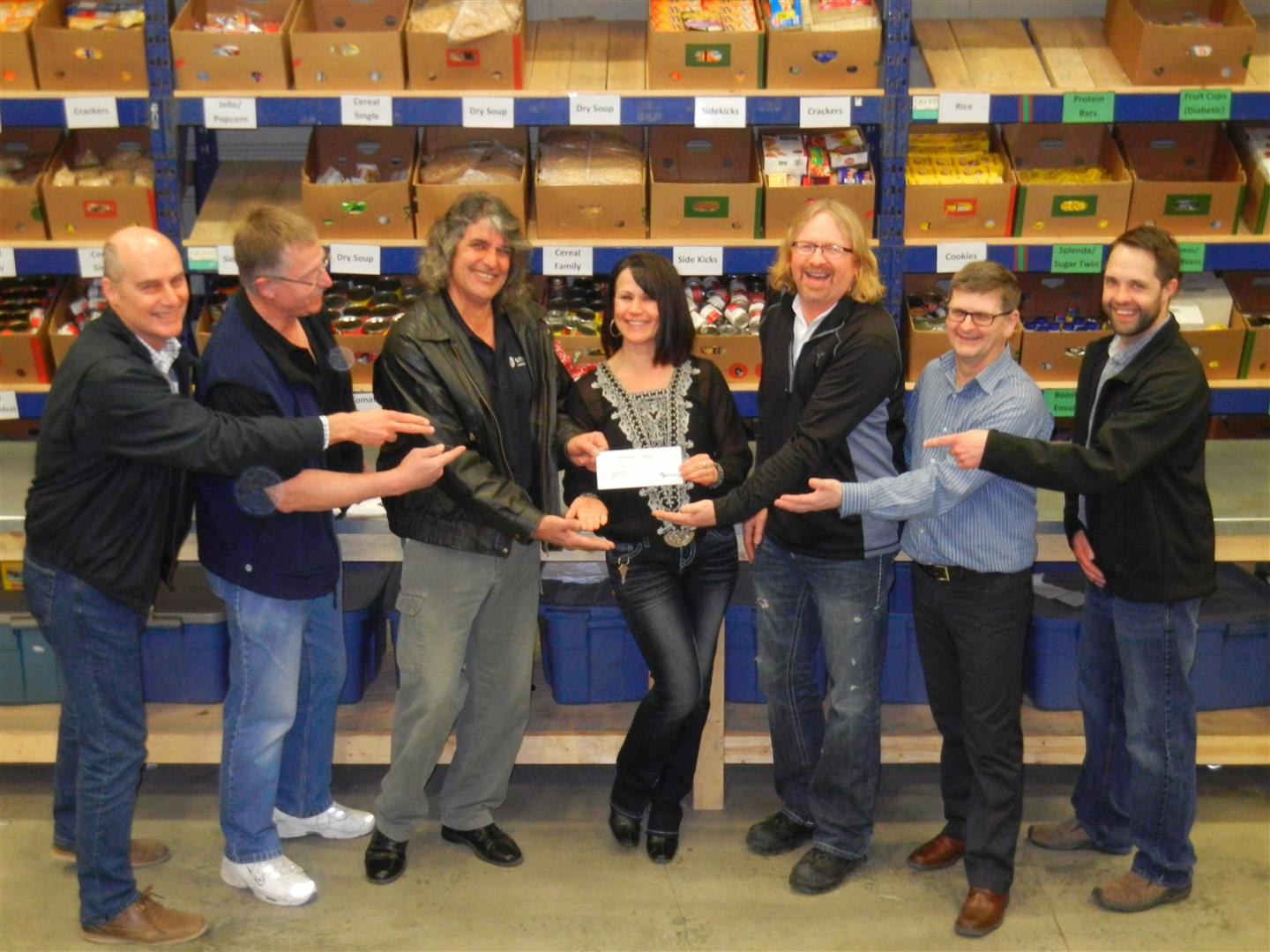 The year 2015 was a big year for Domtar’s Kamloops pulp mill, and because of the generosity of Domtar colleagues, the people of Kamloops, British Columbia, shared in the rewards.

The mill received company recognition for its outstanding results. It earned a safety award for having the lowest TFR (total frequency rate) for safety incidents and the Pinnacle Award for environmental performance. The mill also broke several long-standing production records, making it one of Kamloops’ best years in its 50-year history.

Colleagues at the mill were rewarded with a recognition gift, and at the suggestion of one employee, everyone was given an opportunity to donate the cash value of her or his gift to the Kamloops Food Bank instead of keeping it. Through this effort, employees raised more than $5,900 for the food bank.

“This Kamloops Mill employee donation makes a huge difference to the community and for people in need,” said Bernadette Siracky, the food bank’s executive director, when the check was presented on March 15. “So many people walk into the food bank faced with unexpected issues of unemployment or complicating health issues that don’t allow them to get the food they need for daily living. All of us are just one tragedy away from being a person that needs the assistance of a food bank.”

Siracky expressed her gratitude for the philanthropic gift from mill employees and the tangible demonstration of Domtar’s care at a time of year when donations are typically low. This type of giving is not unusual for the Kamloops Mill. In 2015, the mill also made the largest workplace contribution to the city’s United Way campaign.

A Look at Sandpaper, Masking Paper and Other Industrial Papers