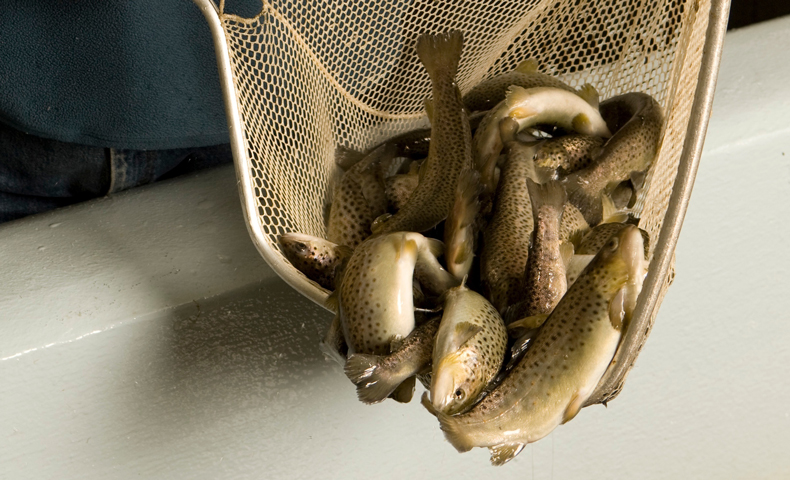 Domtar maintenance employee Rick Zelehoski didn’t think the plant manager would go for a fish hatchery in an old filtration building dating back to the early 1900s. But why not ask?

In 1992, he posed the question to his boss at the Johnsonburg Mill, which was then part of Willamette Industries.

“I had been to some other fish nurseries and thought it could be a good use of the building,” Zelehoski said. “I was actually pretty surprised it came to be, but we made it a cooperative effort with the company, the employees and retirees, and the Pennsylvania Fish and Boat Commission.”

It was an unusual arrangement at the time, but it has become a beneficial one. Zelehoski and his colleagues at the mill in Johnsonburg, Pennsylvania, enjoy getting the juvenile fish and raising them. Volunteers have built two raceways — each 88 feet long and 4 feet wide — that sit above the floor, where the young brook, brown and rainbow trout flip, flop and swim.

The People Behind Your Paper Products