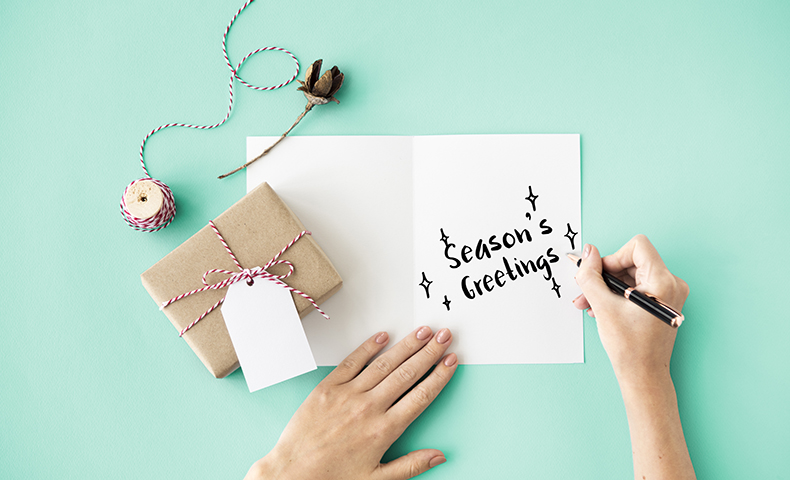 Think of the last time you opened your mailbox (the one in front of your house, not the one on your computer) and found a beautiful holiday greeting card from somebody special in your life. Didn’t that make you feel all warm and fuzzy inside?

That feeling explains why, even in this age of digital sharing and daily social media postings, greeting cards delivered through the mail remain a holiday tradition. Greeting cards are also surprisingly popular among millennials and digital natives.

Peter Doherty, executive director of the Greeting Card Association, told the Chicago Tribune that sales of greeting cards have been fairly stable in the United States over the past five or six years, with consumers buying around 6.5 billion greeting cards and 1.6 billion holiday cards per year. These figures don’t include custom photo cards from services like Shutterfly.

Greeting cards — especially around special holidays — are an important and time-honored tradition that dates back several hundred years. In the past, a greeting card was one of the few ways to connect with friends and family in far-off places. Today, it’s easier to text, make a call or tag someone on social media. But a handwritten card that arrives in the mail signals extra effort and intention. The sender is letting you know that you’re important.

“There is something to be said about holding a handwritten card in your hand,” says Vanecia Carr, director of marketing for Domtar’s paper group. “The tactile experience that the card recipient gets isn’t even comparable to receiving an e-card. It is just so much more personal, and that is needed even more now in this digitally overloaded world we all live in. We are proud that our Cougar paper is used in many greeting cards and happy to play a small role in making someone feel loved and special.”

According to Hallmark research, nearly three-fourths of consumers who send holiday greeting cards do so because they know how good it feels to receive such a card. Liking a post on social media or sending an email just doesn’t mean the same as a handwritten note or a special greeting card.

The History of the Greeting Card

Sir Henry Cole, founder of London’s Victoria and Albert Museum, is credited with creating the first Christmas greeting card as a unique solution to a problem he had. Cole, a prominent figure in 19th-century England, found himself unable to answer all the correspondence he received. In 1843, he worked with artist John Callcott Horsley to mass-produce a flat paper greeting card that he could easily personalize and mail for Christmas.

People across Europe adopted Cole’s idea and began to send greeting cards of their own. Prussian immigrant Louis Prang is credited with bringing Christmas cards to America in 1875, when he introduced a line of Christmas cards at his print shop near Boston.

Hallmark created its first Christmas cards in 1915, five years after the company was founded. Those early greeting cards were much like the cards we know today: a folded card inserted in an envelope.

The Power of Paper

The power of paper can inspire a smile, rekindle a friendship or express undying love. When is the last time you stopped to sign and mail a holiday card?

From Fitness Studio to Domtar: A Customer Service Career Story

5 Paper Sustainability Myths — and the Truth About the Paper Industry