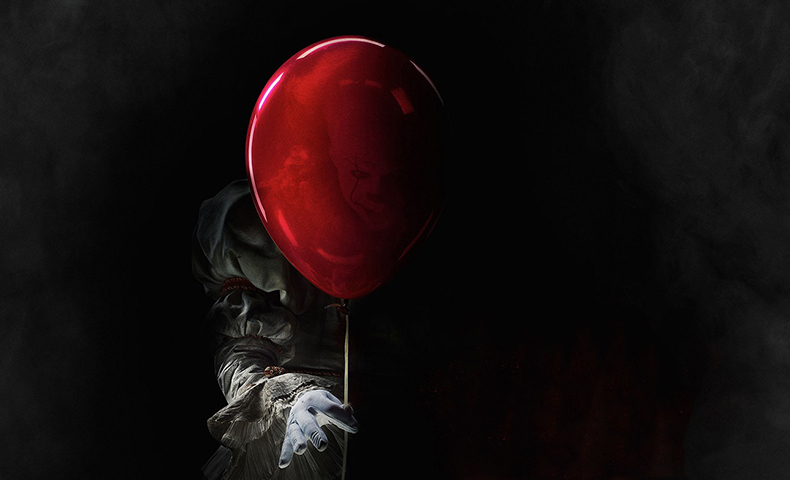 All Hallow’s Eve, better known as Halloween, is quickly approaching. While you’re planning costumes, putting up decorations and making plans to see the remake of the cult-classic movie “It,” why not add a few spooky books to your Halloween reading list?

Stephen King, the undisputed master of creepy tales, has written a broad range of titles that have been printed on Domtar publishing paper, including his new novel “Sleeping Beauties” and a reprint of “It.” They’re all perfect for your Halloween reading pleasure.

There were seven teenagers when they first stumbled upon the horror. Now they are grown-up men and women who have gone out into the big world to gain success and happiness.

But the promise they made twenty-eight years ago calls them reunite in the same place where, as teenagers, they battled an evil creature that preyed on the city’s children. Now, children are being murdered again and their repressed memories of that terrifying summer return as they prepare to once again battle the monster lurking in Derry’s sewers.

In this father-son collaboration, Stephen and Owen King tell the highest of high-stakes stories: What might happen if women disappeared from the waking world?

In a future so real and near it might be now, something happens when women go to sleep. They become shrouded in a cocoon-like gauze. If they are awakened or if the gauze wrapping their bodies is disturbed, the women become feral and spectacularly violent. But while they sleep, they go to another place, one where harmony prevails and conflict is rare.

One woman — the mysterious Eve Black — is immune to the sleeping disease. Is Eve a medical anomaly to be studied? Or is she a danger who must be destroyed? Left to their increasingly primal urges, the men divide into warring factions and turn to violence.

The world changed on November 22, 1963, when three shots rang out in Dallas and President Kennedy was killed. What if you could change it back?

Jake Epping is a 35-year-old high school English teacher in Lisbon Falls, Maine. Jake’s friend Al, who runs the local diner, divulges a secret: In his storeroom is a portal to 1958. He enlists Jake on an insane — and insanely possible — mission to prevent the Kennedy assassination.

So begins Jake’s new life as George Amberson in a new world of Elvis and JFK, big American cars and sock hops, a troubled loner named Lee Harvey Oswald and a beautiful high school librarian named Sadie Dunhill, who becomes the love of Jake’s life — a life that transgresses the normal rules of time.

The Wind Through the Keyhole: A Dark Tower Novel

“The Wind Through the Keyhole” is a recent contribution to the Dark Tower series, and its story falls between the fourth and fifth novels. This story within a story within a story visits protagonist Roland Deschain and his crew just as a ferocious, frigid storm halts their progress along the Path of the Beam.

Roland tells a tale from his early days as a gunslinger, in the guilt-ridden year following his mother’s death. Sent by his father to investigate evidence of a murderous shape-shifter, Roland takes charge of Bill Streeter, a brave but terrified boy who is the sole surviving witness to the beast’s most recent slaughter. Though only a teenager himself, Roland calms the boy by reciting a story from the Book of Eld, which his mother used to read to him at bedtime.

For nearly six years, Brady Hartsfield has been in a persistent vegetative state in Room 217 of the Lakes Region Traumatic Brain Injury Clinic. A complete recovery seems unlikely for the insane perpetrator of the Mercedes Massacre, in which eight people were killed and many more maimed for life.

But behind the vacant stare, Brady, having been pumped full of experimental drugs, is very much awake and aware. He’s biding his time while he trains himself to take full advantage of the deadly new powers that will allow him to wreak unimaginable havoc without ever leaving his hospital room. Brady is bent on taking revenge against anyone who crossed his path — with retired police detective Bill Hodges at the very top of that long list.

Dan is haunted by the inhabitants of the Overlook Hotel, where he spent one horrific year of his childhood. After drifting for decades, desperate to shed his father’s legacy of despair, alcoholism and violence, Dan has settled in a New Hampshire town. He’s found an Alcoholics Anonymous community that sustains him and taken a job at a nursing home, where his remnant psychic abilities provides the crucial final comfort to the dying. Aided by a prescient cat, he becomes Doctor Sleep.

Then Dan meets 12-year-old Abra Stone. Her spectacular psychic gifts reignite Dan’s own demons and summon him to a battle for Abra’s soul and survival. This is an epic war between good and evil, a glorious story that will thrill the millions of devoted readers of “The Shining” and satisfy anyone new to the Stephen King canon.

All descriptions for these Halloween reading list titles were adapted from amazon.com.

Develop a Reading Habit in 2022 With These Books