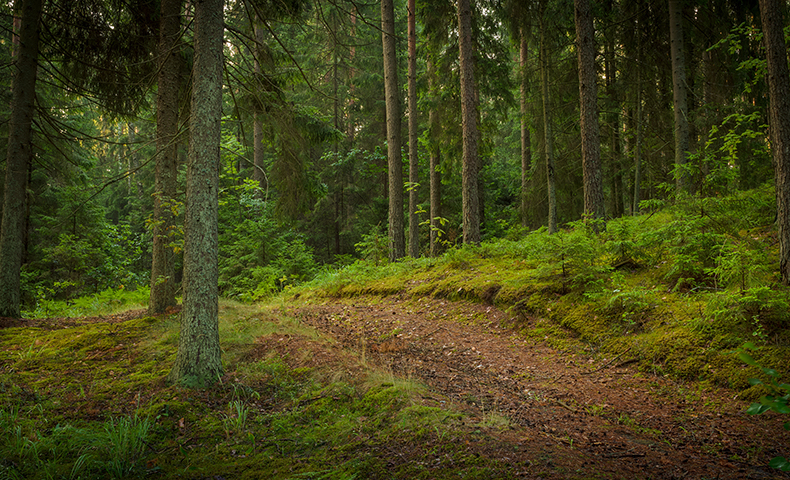 Across North America, forests provide important benefits. They protect and improve water and air quality, offer habitat for wildlife and serve as home to a wide range of plant species. When a forest is managed sustainably, it can also provide long-term economic value for landowners.

Many of the family landowners we work with have relied on forests for decades as an ongoing source of income. The revenue also serves as an incentive for landowners to take care of their forests so they remain productive for years to come.

One way to achieve long-term productivity is through third-party forest certification, which requires landowners to follow sustainable logging practices that protect against deforestation. Certification also ensures that their work maintains air and water quality, protects wildlife and helps mitigate the effects of climate change.

Randell Ewing Jr. and his family are landowners who live in Hartsville, South Carolina. With help from Domtar, they have come to appreciate the environmental, social and economic benefits of certifying their land to the Forest Stewardship Council® (FSC) standard.

In the early 1970s, Ewing Jr.’s father, Randell Ewing Sr., began looking for a plot of land where he could hunt during his free time. Not long after purchasing a 23-acre tract flush with turkey, deer, rabbits and birds, Ewing Sr. also realized that he could make money off the timber on his property. As the years passed, he accumulated more and more land. Today, the family manages 4,200 acres of pine-covered forest in South Carolina.

“Owning the land was a part-time job, but dad was trying to do it all by himself,” said Ewing Jr., whose father has overseen the planting of more than 1.5 million trees over nearly 50 years. “Back in the early days, dad would plant trees after work and on Saturdays and Sundays. It was very hard and labor intensive.”

After decades of toil, Ewing Sr. retired and began overseeing the forestland with the help of his son, who was determined to maintain the health of the woodlands the family owned.

In 2015, the Ewings were invited to attend a meeting at Domtar’s Marlboro Mill in Bennettsville, South Carolina, to learn more about FSC certification. The company has been successful in promoting responsible forestry and FSC certification to small landowners near other facilities in the southeastern United States, including the Carolinas.

Ewing Jr.’s first impression of the concept of certification was that, while the standard promised environmental protection and access to markets, its rules were stringent, the paperwork was overwhelming, and the cost was substantial.  However, after learning more and consulting with Domtar’s wood procurement professionals, the Ewings realized they were already managing their land responsibly according to many FSC guidelines. Committing to certification would help ensure that their land would be productive well into the future.

“It’s all about the reporting and the paperwork, which takes a tremendous amount of time,” said Ewing Jr. “Absolutely everything has to be documented. But we realized it made sense to commit to FSC. We were already good stewards of our land. FSC was just a validation of that.”

The FSC reporting process has become easier to manage with every passing year. The family is proud to be doing conservation work that is important to the family and to the environment.

“I’m managing a renewable resource, and I want to make sure my son inherits land that is workable and desirable,” Ewing Jr. said. “And now, rather than hunting the land, we plant food plots for the animals. You do what you can to help the wildlife, too.”

Our Safety Goals Contribute to Success and Sustainability at Domtar

Coming to Your Doorstep: Recycled Containerboard from Kingsport Mill

How Domtar and Procter & Gamble Created a Sustainable Supply Chain