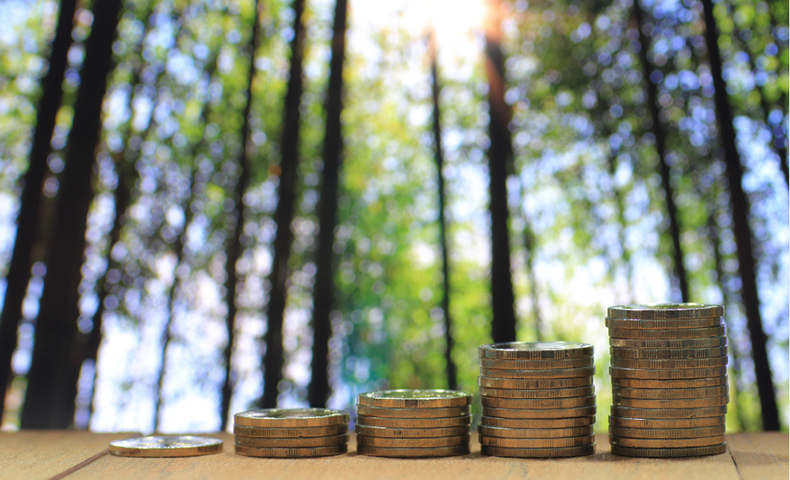 Every year on March 21, the International Day of Forests reminds us of the numerous environmental benefits trees provide. Forest benefits include oxygen production, erosion reduction and habitat protection. Trees are a major source of water, can sequester carbon and can even help cool the air.

Did you know these environmental facts about trees?

Forests also are beautiful, offering a host of recreational opportunities and a reprieve from the stresses of everyday life. Camping, boating, hiking, bird watching, foraging and cross-country skiing are just a few of the forest benefits that people can enjoy.

It’s easy to focus on environmental and recreational forest benefits. But did you know forests also offer a broad range of economic benefits?

For companies like Domtar and the many individuals who rely on trees for their livelihood, forests have a long history of providing economic benefits. Just how big a role do forests play in the North American economy?

Many communities across America have relied on forest product manufacturers to support their families for generations. These companies not only provide income to individual families but also help support entire regions of the country. According to the American Forest & Paper Association, the forest products industry:

Combined, the forest products industry represents about 4 percent of the U.S. manufacturing gross domestic product, making it a major contributor to the nation’s economy.

The story is similar for Canada. The forest industry is one of Canada’s most important manufacturing sectors, and the country is the fourth-largest forest product exporter in the world. According to a 2018 report by Natural Resources Canada, the industry:

The forest industry is critical to the Canadian economy and often serves as the lifeblood of rural economies.

For its part, Domtar shares the economic impact of its forestry and manufacturing activities through annual sustainability reports. Our reports highlight the positive impacts that come from running mills and multiple external paper converters throughout the United States and Canada, generating nearly 9,000 North American jobs.

Because of the great economic benefits associated with forests, the forest products industry is sometimes misunderstood. Some people think that it exploits this natural resource for financial gain, leaving fewer forests standing for future generations. In fact, the opposite is true.

A study by Dovetail Partners, Inc. found regions with the highest levels of timber harvest for forest products are actually the regions with the lowest rates of deforestation. This makes sense, as many private landowners rely on harvests as a periodic source of income. Without a financial incentive to maintain their forests, landowners might consider other land uses that don’t include trees, such as agriculture or development.

The Paper Trail highlights the economic impact of Domtar’s operations in the communities where we operate. Click on image to view as a PDF.