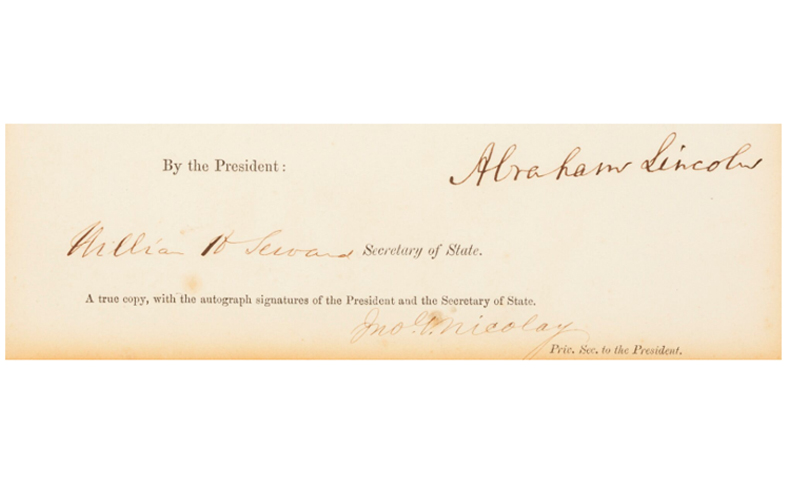 Paper plays a special role in our everyday lives, bearing witness to our achievements, our relationships, our intentions and our creativity. It’s also an important link to the past. Valuable papers, such as historical documents and original works of art, offer a tangible way to connect with our ancestors and the people who shaped the world.

From time to time, valuable papers come up for auction, where they can attract bids in the millions of dollars from collectors who want to own a piece of history. Check out these valuable papers that made headlines at auction.

On January 1, 1863, then-President Abraham Lincoln issued the Emancipation Proclamation, ending slavery and marking the beginning of a new era in U.S. history. The following year, Lincoln signed 48 copies of this important document, which were then sold to raise money to assist sick and wounded Union soldiers and their families.

Today, only 25 these valuable papers remain, 19 of which are in museums. In 2010, a copy that the late Senator Robert Kennedy owned sold at auction for $3.78 million.

The rarest postage stamp in the world — often called the most valuable item in the world by weight — is the 1856 British Guiana One-Cent Magenta stamp, which sold for $9.5 million at auction in 2014.

The story behind this tiny piece of paper is one of ingenuity. In 1855, only 10 percent of a shipment of British stamps arrived in British Guiana, a colony on the northern coast of South America. To make up for the loss, the colony’s postmaster asked the local newspaper to print a provisional postage stamp that could be used until more of the official stamps arrived.

Only one of these stamps survives today, making it highly prized among stamp collectors. 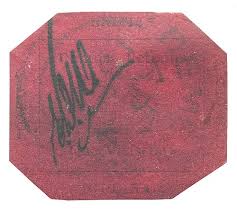 Any list of the world’s most valuable papers will include documents and art by Leonardo da Vinci. One of those documents is known as the Codex Leicester — an early 1500s notebook filled with da Vinci’s sketches and ideas about a wide range of topics, including mechanics, astronomy, botany, math and architecture.

Microsoft co-founder and philanthropist Bill Gates bought the codex at auction in 1994 for $30.8 million. He has since shared it with museums, along with an interactive kiosk that allows viewers to explore all 72 pages of the document. 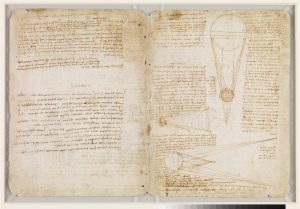 Called “the unicorn of U.S. paper money,” a $1,000 bill known as a Marcy Note sold for $1.92 million at auction in 2019. The bill, one of only two in existence, features a portrait of William L. Marcy, who served as a U.S. senator, U.S. Secretary of War, U.S. Secretary of State and governor of New York.

As one of the rarest pieces of U.S. paper currency, the Marcy Note is certainly unique among the valuable papers on this list.

Sometimes valuable papers draw record bids at auction not because they are particularly rare but because they are exceptionally beautiful. More than 100 copies of “Birds of America” by John James Audubon are known to exist, and they come up for auction fairly often. In 2010, a complete four-volume set of “Birds of America,” filled with more than 1,000 hand-colored illustrations, sold for the record-breaking price of $11.5 million.

Interestingly, the same 2010 auction included other valuable papers, such as four handwritten letters from Queen Elizabeth I and a first-edition copy of Shakespeare’s plays, dated 1623. But “Birds of America” eclipsed all other bids that day. 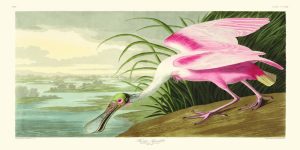 Message from Our President and CEO on Inclusion, Diversity and Respect