Did You Know: Five Facts About Stephen King 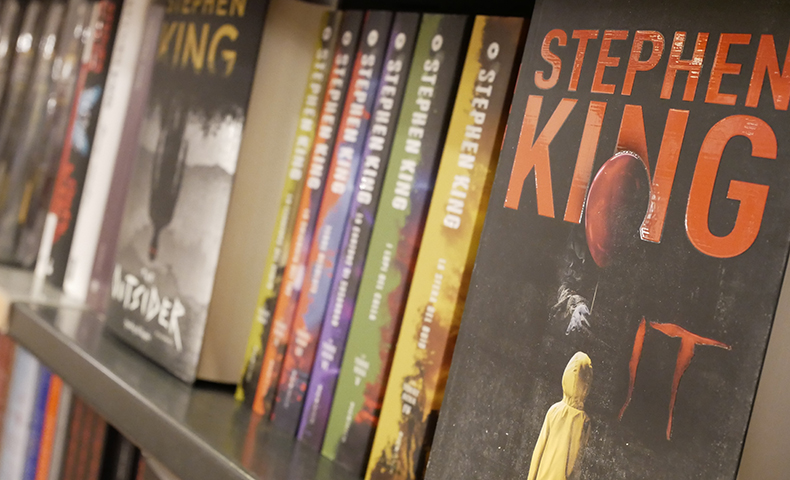 Halloween is over, but we think any time of year is a good time to pick up a book by author Stephen King. King has written several hundred novels, texts and short-story collections. Many of his works have been printed on Domtar publishing paper, including “It,” “Sleeping Beauties,” “End of Watch” and “Doctor Sleep.” Here are five other facts about Stephen King that shine a light on his life and what inspires him.

King’s home in Bangor, Maine, found at 47 W. Broadway, draws diehard King fans from all over the world. The house, one of the most-photographed-from-the-street celebrity homes in America, is where King wrote his novel “It.” In addition to looking like a classic haunted house, the home is surrounded by an iron fence with a spiderweb gate topped by two iron bats.

If our list of facts about Stephen King has you hoping to see him during a visit to the house in Bangor, you’ll likely be disappointed. The home is being rezoned to house an archive of the author’s work and to be a retreat for writers.

2. Not every book by Stephen King bears his name.

King has published several novels under the pen name Richard Bachman. The author originally adopted the nom de plume so he could publish more than the then-standard one book per year. He published four books as Bachman before the fifth, “Thinner,” aroused suspicion that Bachman was actually King. After being outed as the real author, King announced that Bachman had died of “cancer of the pseudonym.” Later, two more Bachman works were published and marketed as posthumous releases.

3. King prefers to write on paper with a fountain pen.

At Domtar, we believe in the benefits of handwriting on paper. Out of the many interesting facts about Stephen King, we really like that he prefers to use pen and paper instead of a computer when he writes. In his book “On Writing,” King says he tries to write at least 2,000 words a day, and he is known for writing drafts on paper using a Waterman fountain pen.

King’s well-known love for the Boston Red Sox influenced his story “The Girl Who Loved Tom Gordon,” which is about a young girl who gets lost in the wilderness while hiking with her family. For solace, she tunes her headphones to broadcasts of Red Sox baseball games and follows the performance of her hero, relief pitcher Tom Gordon. A film adaptation is in the works.

5. “Carrie” wouldn’t exist if not for King’s wife.

The novel “Carrie” almost never existed. According to his memoir “On Writing,” King threw the first draft of the story in the trash. His wife, Tabitha, found it, read it and saw potential in the story. King gave the story another chance, and eventually, Doubleday bought the rights and gave King a $2,500 advance.

If you liked these facts about Stephen King, then don’t miss our list of King books printed on Domtar paper. And don’t forget to check out these other reading lists: