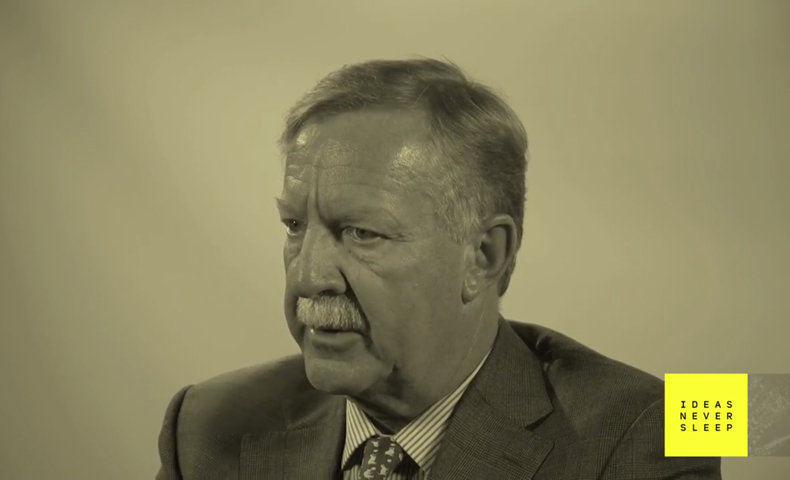 John Williams, president and CEO of Domtar, recently shared his thoughts on sustainability with Ideas Never Sleep, a global thought-leadership platform created by the Stern Center for Sustainable Business at New York University.

Williams, who chairs the Stern Center’s advisory board, contributed to the Ideas Never Sleep video project as part of the Center’s mission to assist current and future business leaders in developing the knowledge, skills and experience needed to address environmental and social challenges so their businesses can reduce risk; create competitive advantages; and develop innovative services, products and processes while building value for society and protecting the planet.

In the video, Williams shares how Domtar chose to place sustainability at the heart of the company, and how other companies can model their decision-making after Domtar’s.

“I think the key question, as I see it, is that you’ve really got to think about what are the imperatives of your business. What does the consumer think about you, what does the public think about you, and — to be honest — is there a competitive advantage to be gained not just from obeying laws but actually really putting sustainability at the heart of your company?

“Various forestry certification systems were coming about, and we had to make a choice: Which one are we going to support? And one of them was called FSC, the Forestry Stewardship Council. We felt that was an external standard, and that would be very powerful for us to get behind.

“My predecessor actually made those choices. And it transpired that he was right, that that would give us a real story to tell about the fact that we were buying wood from sustainable forests. So that was really what made us think about how we put it front and center of the business. Then it broadened into, ‘Well, how do we set ourselves apart from our competition? And how do we also make certain that we build a strong public reputation as a business that doesn’t do the expedient thing but, if you like, does the right thing?’ And that has meant that we put a whole series of processes in place to ensure that’s what we do.

“And, to be honest, that’s not just Pollyanna-ish on our part. In reality, we think that means our business has a long-term future, because we have these things in place. So I think that has mitigated our risk quite dramatically, actually.

“So let’s say, here’s how decisions get made. We have some effluent. Plainly, that effluent should not go down the town drain. Fred thinks, ‘You know what? It would be a damn sight easier to turn this tap on and chuck it down the town drain for 24 hours,’ right? Why’s he making that decision? Because it’s easy. My job is to build a business where he’d never make that decision just because he knows it’s the wrong thing to do and because there are controls in place that can make sure he can’t do it.

“So I think the thing for leaders in corporate life is don’t say stuff you don’t mean. Because the organization will know that, and then they get very cynical, and you create a sort of toxic culture. We try not to say too much, but behave in a meaningful way.”