From Revolution to Evolution: Celebrating the USPS 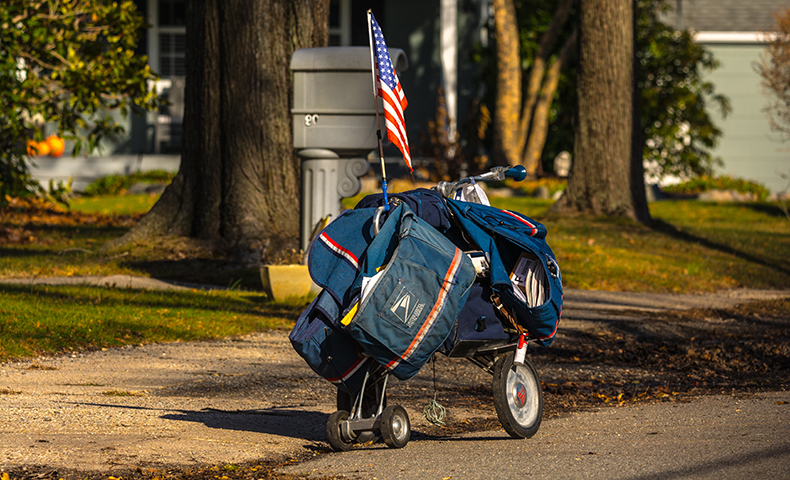 July 1 is National Postal Worker Day and National U.S. Postage Stamp Day. This special day recognizes the men and women who deliver our mail, rain or shine, as well as the many unsung heroes who play an important role in mail delivery, like the workers who process the mail, drive the trucks and fly the planes. It also celebrates the ease and simplicity with which we can send and receive mail thanks to the humble postage stamp and the United States Postal Service (USPS).

For nearly 250 years, the USPS has kept pace with evolving technology and expanded its services to include package delivery and retail sales. That agility has kept the organization relevant and capable of adapting to the fluctuating needs and culture of the country.

“Especially during the pandemic, with the multitude of restrictions in many jurisdictions on retail sales, the importance of the postal system is highlighted,” says Tom Howard, Domtar’s vice president of government relations. “Now, as much as any time in history, the USPS is essential to health, safety and quality of life for people across the country. We all owe a debt of gratitude to the men and women who work hard every day to ensure our mail gets to us.”

The Second Continental Congress created the United States Post Office (later named USPS) on July 26, 1775, during the American Revolution, and it appointed Benjamin Franklin as its first postmaster general. Franklin, who began his postal career in 1737 with the British Crown Post, was responsible for creating many postal policies, including delivery fees and designated delivery routes.

Today, the USPS has over 31,000 post offices, and it delivered more than 142 billion pieces of mail in 2019, representing 48 percent of the world’s mail. It’s also one of the nation’s largest civilian employers with more than 633,000 employees.

The USPS is entirely self-funded through the sale of postage, products and services; it doesn’t receive any tax dollars. And like many businesses, its revenues have fallen during the current pandemic. Losses could reach $13 billion by the end of 2020.

To help combat this issue, bipartisan lawmakers introduced the Postal Preservation Act (H.R.7015) in late May. The bill, which is currently in review, calls for more than $25 billion in federal funding to help the USPS make up the shortfall.

“Article I, Section 8, Clause 7 of the Constitution mandates that Congress establish post offices and post roads,” says Howard. “It is incumbent upon Congress to fulfill its Constitutional mandate to maintain the USPS. Americans depend on the service to deliver medications, greeting cards, marketing mail, bills, correspondence and newspapers. Increasingly, it also serves as the last-mile delivery arm for a number of package delivery services.”

The USPS could run out of money by this fall if the bill isn’t approved. “It is a dire situation,” said Mark Dimondstein, president of the American Postal Workers Union, in a recent interview. When asked what could happen if the USPS is forced to close, he replied that “rates would certainly go up. [Companies] could charge whatever they want. The public postal service is the low-cost anchor.”

Voting by mail is also a hot topic as the pandemic continues to affect primary elections across the country. Many states want to expand or promote voting by mail for the general election this November, further adding importance to a functioning postal service.

Support of USPS and Mail

Whether it’s delivering a life-saving prescription, a greeting card from a quarantined grandparent, a financial statement, a stimulus check or a mail-in ballot, the USPS delivers items every day that help sustain the lives of the American people and is a critical link in America’s delivery chain. Domtar stands in support of legislation like the Postal Preservation Act and postal reform that will allow the USPS to continue its important work.

We believe the USPS is an essential service and that mail remains a key part of people’s lives, especially for seniors, people with disabilities, low-income families and those without computer skills or access to the internet.

That is why we have partnered with Two Sides North America on its Keep Me Posted campaign, which provides educational and awareness programs so that consumers are empowered to choose the best delivery method (paper or digital) for their social and economic needs.

While the digital age may have resulted in a decline in paper-based communications, it doesn’t reduce the excitement associated with receiving a letter or a card in the mail. A handwritten note in an envelope with a postage stamp in the corner holds so much more charm than an email — and there is no better time than now to send a special letter to someone through the mail.

Domtar Leaders Share Books That Have Shaped Their Lives