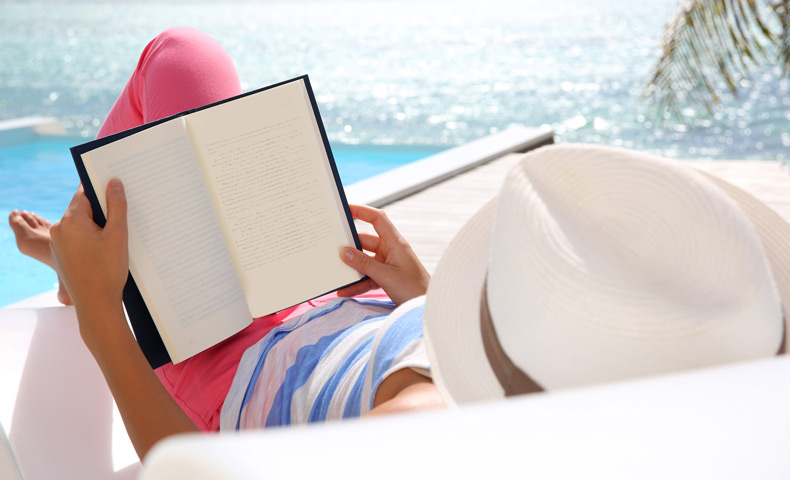 The lazy months of summer are a great time to catch up on your reading. Afternoons by the pool and evenings on the porch are made even better with a good book in hand.

Looking for a book to add to your summer reading list? We’ve got 10 to try. Check out these titles, all of which are printed on Domtar publishing paper.

Middle-aged Mexican-American Juan Diego is taking a trip to the Philippines, but what will travel with him are his dreams and memories; he was most alive in his childhood and early adolescence in Mexico. “Avenue of Mysteries” tells what happens to Juan Diego in the Philippines, and how what happened to him in the past — in Mexico — collides with his future.

Grit: Passion, Perseverance and the Science of Success

In this must-read book for anyone striving to succeed, pioneering psychologist Angela Duckworth shows parents, educators, students and business people that the secret to outstanding achievement is not talent but a focused persistence called “grit.”

The Gene: An Intimate History

What will become of being human when we learn to read and write our own genetic information? Weaving science, social history and personal narrative to tell us the story of one of the most important conceptual breakthroughs of modern times, Mukherjee explains human heredity and its surprising influence on our lives, personalities, identities, fates and choices.

Max Crumbly is about to face the scariest place he’s ever been: South Ridge Middle School. There’s a lot that’s great about his new school, but there’s also one big problem: Doug, the school bully whose hobby is stuffing Max in his locker. If only Max could be like the hero in his favorite comics. Unfortunately, Max’s uncanny, almost superhuman ability to smell pizza from a block away won’t exactly save any lives or foil bad guys. But that doesn’t mean Max won’t do his best to be the hero his school needs!

Mass killer Brady Hartsfield has been in a vegetative state in a traumatic brain injury clinic for five years. Doctors say a complete recovery is unlikely. But behind the drool and stare, Brady is awake and in possession of deadly new powers that allow him to wreak unimaginable havoc without ever leaving his hospital bed. This is the conclusion to King’s Bill Hodges trilogy.

From Harper Lee comes a landmark new novel set two decades after “To Kill a Mockingbird.” Twenty-six-year-old Jean Louise “Scout” Finch returns home to Maycomb, Alabama, to visit her aging father, Atticus. Set against the backdrop of the civil rights tensions and political turmoil that were transforming the South, Jean Louise’s homecoming turns bittersweet when she learns disturbing truths about the town and the people dearest to her.

Girl on the Train

Rachel takes the same commuter train to and from London every day. On its morning run, the train flashes past a stretch of cozy suburban homes and stops at a signal, which allows Rachel to repeatedly watch the same couple breakfasting on their deck. Their life, as she sees it, is perfect. And then she sees something shocking. Unable to keep it to herself, Rachel goes to the police. Soon she is deeply entangled not only in the investigation but also in the lives of everyone involved. Has she done more harm than good?

And three more books to watch for later this year:

The Girl with the Lower Back Tattoo

The Emmy Award-winning comedian, actress, writer and star of “Inside Amy Schumer” and the acclaimed film “Trainwreck” has taken the entertainment world by storm with her winning brand of smart, satirical humor. In “The Girl with the Lower Back Tattoo,” a refreshingly candid collection of essays, Schumer mines her past for stories and shares the experiences that have shaped who she is — a woman with the courage to bare her soul to stand up for what she believes in while making us laugh. (Out Aug. 16.)

Bruce Springsteen has privately devoted himself to writing the story of his life, bringing to these pages the same honesty, humor and originality found in his songs. “Born to Run” will be revelatory for anyone who has ever enjoyed Springsteen’s music, but it’s more than a memoir. It’s a book for workers and dreamers, parents and children, lovers and loners, artists, freaks or anyone who has ever wanted to be baptized in the holy river of rock ’n’ roll. (Out Sept. 27.)

Nikki and her friends Brandon, Chloe and Zoey are up for another adventure in the 11th book in “The New York Times” bestselling “Dork Diaries” series, which chronicles the daily drama of Nikki Maxwell’s life in and out of school through doodles, drawings and comics presented in diary form. (Out Oct. 18.)

National Forest Products Week: 5 Facts About Goods From the Woods